A women in sport conference in Dunedin today will focus on the role of females in sport and what can be done to make access better.

More than 30 people will be at the conference.

The summit is being delivered on behalf of Sport New Zealand by Women in Sport Aotearoa and The Shift Foundation.

The full virtual programme is supported by a series of physical events in Auckland, Wellington, Christchurch, Gisborne, Hamilton, Tauranga, Napier and Dunedin.

The first part of the conference will be a speech by International Paralympic Committee chief brand and communication officer Craig Spence.

He will outline how the Paralympic organisation has doubled its global television audience, increased commercial revenue and shifted attitudes towards disabilities and the opening up of opportunities.

Many of the presentations will be carried out through video.

A detailed media analysis carried out by Sport NZ will also be presented on the visibility of women’s sport in the media and social media. That will be followed by a discussion over how media coverage plays out in many news organisations throughout the country.

The Fifa Women’s World Cup to be played in Australia and New Zealand in 2023 will also be discussed and there will be video presentations by those heavily involved in the bid. The conference will discuss what the cup can do for the sport in 2023.

The conference starts at 1pm at the Dunedin Centre. Anyone keen to attend should email: wisponetwork@gmail.com 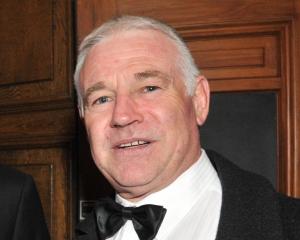 Every volunteer a winner