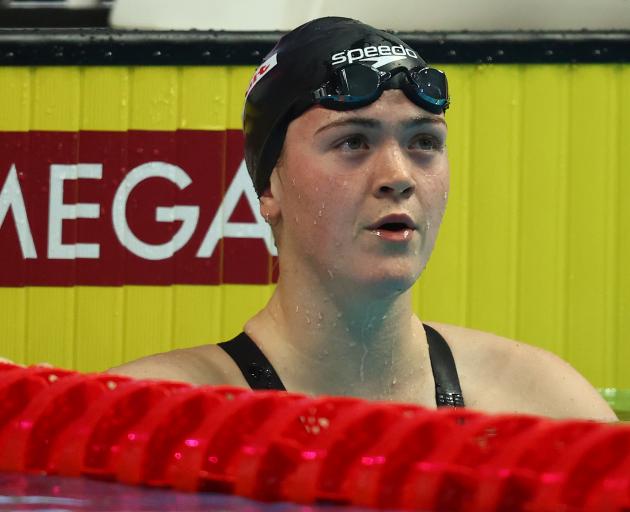 Fairweather finished in 1min 57.43sec, breaking her own national and Otago age group records, in the 200m freestyle.

The time broke the 18 years New Zealand and Otago age group records she set earlier this year at the New Zealand championships.

After building steadily through the first 150m, she flew home in 29.7sec for the last 50m.

It was a fine performance but not quite enough to make the final.

She was in the slower heat and finished 11th overall, 0.56sec off the final qualifying spot.

Earlier, Fairweather had finished fifth in her heat in 1min 58.26sec to qualify for the semifinals.

The top qualifier for the final, held overnight, was British swimmer Freya Anderson, who won the other semifinal in 1min 56.05sec.

Fairweather, who was sixth in her specialist 400m freestyle earlier at the championships, has the two freestyle relays left, before focusing on the Commonwealth Games.

A predictable star emerged at the world championships yesterday.

American great Katie Ledecky continued to pile up her gold medal collection after earning a record-extending 17th world championship title with victory in the 1500m freestyle.

Romanian teenager David Popovici confirmed his status as one of the most exciting emerging talents in the sport after producing a blistering swim to claim gold in the men's 200m freestyle.