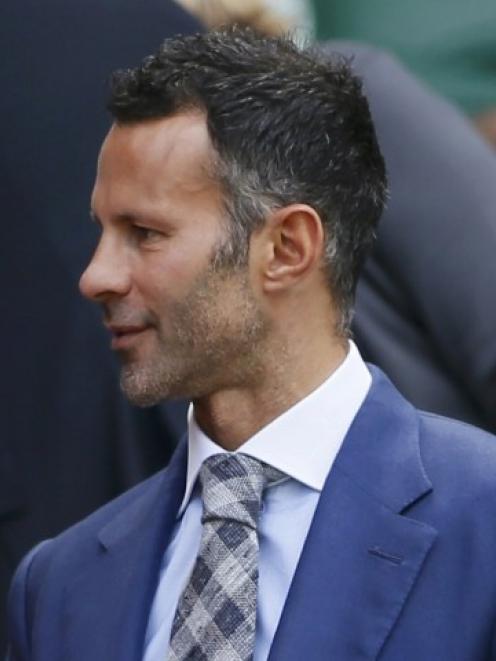 The 38-year-old, oldest of the three over-age players in the 18-man squad, is taking part in his first international tournament and will captain the side for the first time when they play Brazil in a warmup at Middlesbrough on July 20.

Pearce said at an Olympic presenation: "He is been a fantastic professional over the years and he was the standout candidate in a group that has got Aaron Ramsey the Wales captain, and Micah Richards who has captained Manchester City, and one or two other candidates.

"He has got the respect of all the members of the group and I am looking forward to working with him."

Giggs added: "Obviously I have the experience and there are a lot of younger players in the squad, so as captain hopefully I can pass that on to the younger players.

"It's a tremendous honour to be part of the Olympics and I am really proud to be involved. Different nations have got different views about the Olympics, but as a player I am going to enjoy it and try and win it."

Giggs has won 12 Premier League titles, five FA Cups and two Champions Leagues with Manchester United and is the most decorated player in English football history.

However, he never played in a major championship because of Wales' failure to reach either the World Cup or European finals during his international career which brought him 64 caps between 1991 and 2007.

The match against Brazil will be the first time Britain have fielded an Olympic squad since they played Bulgaria in a qualifier in 1971 ahead of the Munich Olympics the following year. They last played in the finals in 1960.