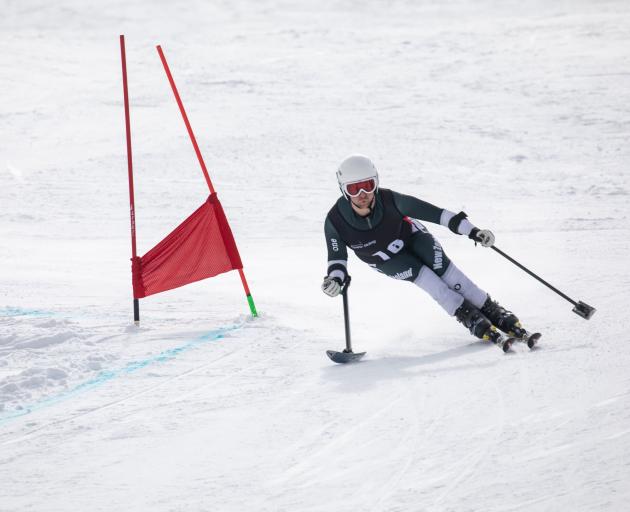 Hall, a two-time Paralympic gold medallist in slalom, does not usually race the giant slalom discipline but said he was very happy with both his runs.

''GS for me is something that helps out my other events like slalom, super-G and downhill,'' Hall said.

Hall took the lead after his first run and was able to ''ski tactically and technically better'' on his second run to ensure a win.

Peters had to settle for second. South Korean skier Sang Min Han held a 2sec advantage after the first run and maintained his form in run two.

New Zealander Aaron Ewen was in third place after his first run but a mistake on his second run cost him and he dropped back in to fourth, behind China's Hui Wang who claimed the bronze medal.

Chinese athletes dominated the women's podiums in the standing and sitting classes.

Mengqiu Zhang held on to her first-run lead to finish ahead of team-mate Qingyn Wang.

It was a similar story in the women's sitting with Sitong Lu putting together two strong runs for the win. Wenjing Zhang finished in second with Fletcher delighted to round out the podium in third place.

At the Snow Farm, the second day of the cross-country series left many athletes utterly exhausted.

United States skier Jessie Diggins topped the women's field for the second day running, taking away her second gold medal of the series. The PyeongChang gold medallist was ''pretty wrecked'' at the end of the 5km women's race.

Team Japan had an outstanding day in the 10km men's race, sweeping the podium for a second time with Tomoki Sato winning gold, Hiroyuki Miyazawa second and Masato Tanaka third.

Wanaka's Campbell Wright had a gutsy race. The 17-year-old started in 17th place and made it up to seventh in an impressive show of strength and determination.