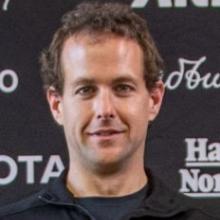 Hall, a champion skier, will be one of eight athletes on the commission, which met for the first time on Wednesday.

It will act as an independent advisory group, ensuring athlete perspectives inform all the organisation’s work.

"Athletes are at the heart of everything we do," DFSNZ chief executive Nick Paterson said.

"Listening to athletes and ensuring our work is guided by their knowledge and perspectives is vital to our success and to clean sport in Aotearoa New Zealand."

Sandford, who will be the inaugural commission chairman, was pleased to see DFSNZ getting the athletes involved.

"We have a fantastic group of athletes as commission members, from a diverse range of sports and with a wide spectrum of experiences," Sandford said.

"It’s an honour to be part of this group and to be the establishment chair.

"As a commission, we look forward to advocating for athletes and making sure the athlete voice is heard in every part of anti-doping."

The commission will meet at least three times each year, providing DFSNZ with athlete feedback and perspectives, guiding its engagement efforts and diversifying its decision-making.