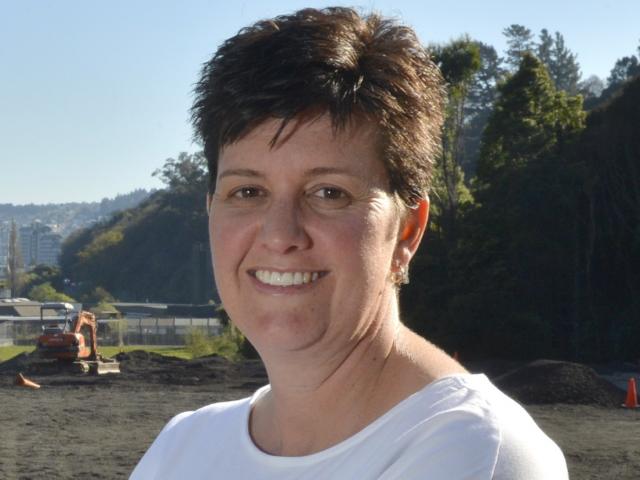 Kristy Booth
Hundreds of teenage riders will head for the Dunedin hills this weekend.

The city is hosting the national schools championships which have attracted more than 400 riders from 110 schools.

The championships are being hosted by Mountain Biking Otago and competitors will tackle enduro, downhill and cross-country events during three days of competition starting at Signal Hill tomorrow.

The enduro racing, which has been included at a national level for the first time, has attracted the largest fields.

The downhill has proven popular as well. There is actually a waiting list for that event this year.

In total, there are 865 event entries - many competitors have opted to compete in several events.

Mountain Biking Otago Club president Kristy Booth said she was delighted with the entries and was looking forward to showing off the local tracks.

''The club is very proud to have been part of developing and delivering schools cycling mountain bike events over the past seven years, so to have the opportunity to host the pinnacle event on the schools mountain bike calendar is a great privilege for the club,'' she said.

The event has been well supported by both North and South Island schools. Wakatipu High is fielding the largest team with 25 riders. Large teams will also come from New Zealand mountain-biking hot spots, Rotorua and the Marlborough-Tasman regions.

Among them is some of New Zealand's burgeoning young mountain biking talent, including Rebecca Hufflett, from Nelson Girls'.

She has made the under-16 girls grade her own, holding all three titles at South Island schools level and is also defending her national schools downhill and cross-country titles.

Fellow southerner Kalani Muirhead (Mt Aspiring College) will be looking to add to an already successful year in the under-17 girls grade after picking up the South Island enduro and downhill titles, as well as last year's national downhill title.

The Cambridge High pairing of Seana Gray and Maui Morrison are on to their second of three national schools events these school holidays, after securing podium finishes at last weekend's schools road national championships.

The pair, who compete in the under-15 age group. head to Invercargill for the schools track national championships.