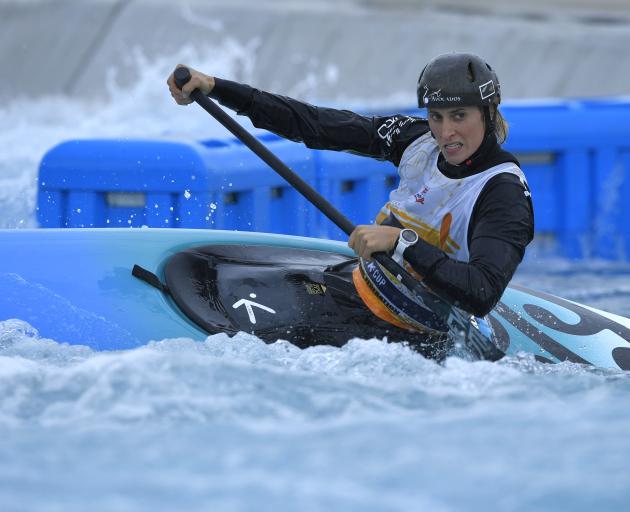 Luuka Jones in action at the Canoe Slalom NHK Trophy at the Kasai Slalom centre in Japan last year. Photo: Getty Images
Olympic silver medallist Luuka Jones and Olympic newcomer Callum Gilbert have been selected to be part of the New Zealand team for Tokyo 2020.

The canoe slalom athletes were named yesterday at an event in Auckland.

The Tokyo event, which starts in late July, will be the fourth Olympic Games for 31-year-old Jones, while Gilbert will be making his Olympic debut, after giving up his job as a software engineer to chase his sporting dreams.

Jones won a silver medal in the K1 event in Rio de Janeiro.

Jones has raced at the course in Tokyo before and she will head back to the region in the build-up to the Games.

Gilbert, who took up the sport when he was 12, will head overseas soon to get a decent build-up for the Olympics.

Alexandra’s Finn Butcher has been named as the non-travelling reserve for the two-person team.

The two-person canoeing team is the second to be named, following the selection of the Olympics yachting team last week.