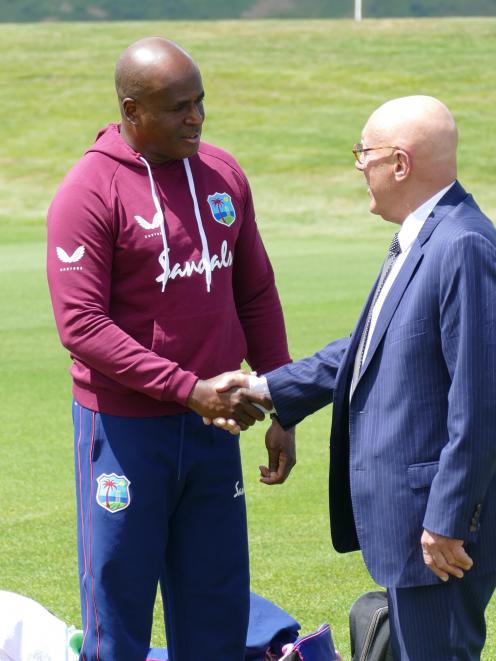 The council-owned centre was booked by triathlon organisers about 14 months ago, but they got the squeeze after the Windies’ visit was confirmed a fortnight ago.

The West Indies players and management arrived last Friday and have been training at the ground before two warm-up games there against New Zealand A, starting tomorrow.

"I think it’s good to have international sport, but it’s a bit frustrating they bumped the kids."

Moore understands Queenstown-Lakes District Council tried to make changes to the triathlon course to accommodate the triathlon but was vetoed on safety grounds.

Instead, the event was staged yesterday in Cromwell, attracting 300-plus tyro triathletes.

"It put a bit of stress on us because we were anticipating the [150-plus] kids from Queenstown just being able to go straight there.

"We’ve had to rush to organise drivers and car pooling, but our parents stepped up and they were awesome."

"When you’ve got parents coming buying coffee and food, it takes a hit on a few places that would like to have that bit of business."

Council sport and recreation manager Simon Battrick said it did offer the school principals’ group the Events Centre oval instead.

"But they just didn’t feel 100% comfortable with changing the course, at that late stage."

Battrick said it was not a case of favouring a commercial user over a local/public one but, in its pecking order, international sport, because of its "wider, bigger benefit", took priority, followed by national, regional, then local sport.

He said 99% of the time they were able to accommodate local sport.