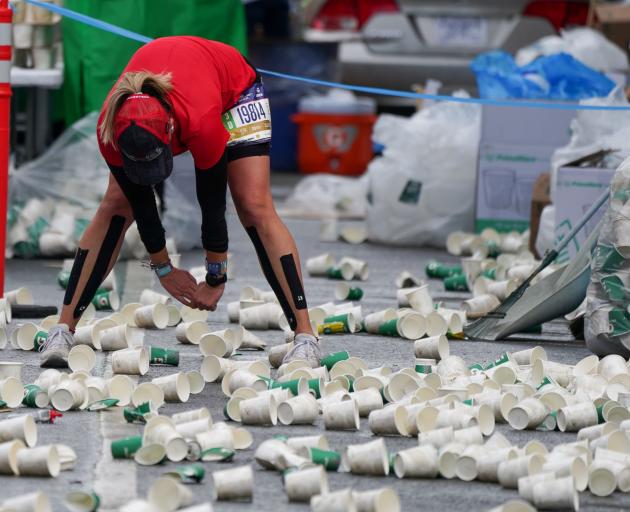 Those who know me well — it’s a small group; enigma is my middle name — will be a little bit shocked by the start of today’s column.

Let’s talk about the Halberg Awards.

I am usually EXTREMELY reluctant to engage in the national pastime of debating which sports star or team will win at the Halbergs.

In fact, it has regularly driven me nuts. You can guarantee, as soon as a New Zealander does something amazing on the sporting stage, there are people — usually on one of the dreadful social media platforms — engaging in debates over what it means for the Halbergs.

A colleague asked me something interesting this week: ‘‘So, who is your pick for team of the year at the Halberg Awards?’’

He had asked politely, so I didn’t yell at him. Instead, I gave it some thought.

My initial thought was it might be a straight shootout between two Olympic gold medal winners.

The Black Ferns Sevens were brilliant. But there was a touch of magic about the men’s rowing eight, and that’s where my vote (the ODT doesn’t have one, and that remains a disgrace) would have gone.

Any other team in the mix? 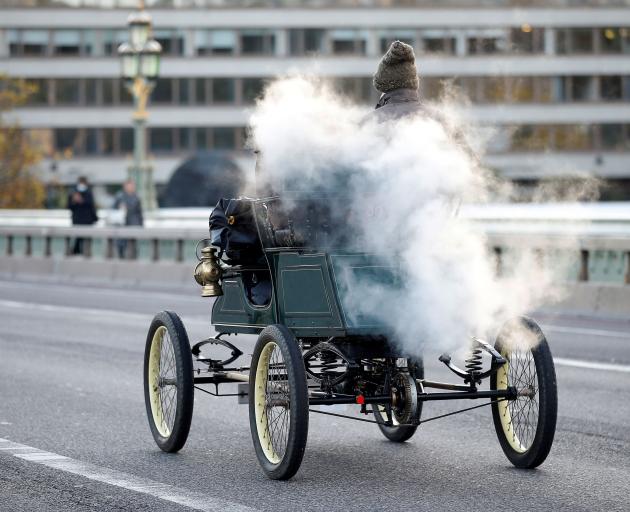 A competitor crosses Westminster Bridge in London during the London to Brighton veteran car run. PHOTO: REUTERS
...could get interesting

The Blacks Caps were, of course, very much in consideration for all sorts of honours following their glorious victory in the inaugural World Test Championship.

That achievement still boggles the mind.

As I have repeatedly said (sorry to bore you) over the years, people like me have lived through some very lean times when it comes to the New Zealand men’s cricket team, and it has taken a long time to get used to the idea of the Black Caps being dominant.

But they are. Crushingly so.

World test champions, joint world one-day champions (yes, I went there) and now on the verge of being world twenty20 champions. Extraordinary.

They are fascinating, as much as wonderful. They never seem to panic. They don’t have the depth of other teams but they are greater than the sum of their parts.

This isn’t just ONE of the golden eras of the Black Caps. This is THE golden era.

They win the Halberg Award.

These are fascinating times for how elite sports teams are operated in the South.

Hot on the heels of the seismic news the Highlanders had been given a licence in perpetuity came the, well, kind of weird, news the Nuggets had been sold to a radio station.

I’m intrigued to see how this plays out.

The Nuggets were out of the league a long time, and getting back to a consistent level of success will be hard.

It will be interesting to see how SENZ treats the team, and whether what appears to be primarily a marketing opportunity will turn out to be a huge boost in more pure sporting terms.

The Highlanders are not a bad act to follow.

Once a New Zealand Rugby outpost but now privately owned with a small stake held by the provincial unions, the Highlanders appear to be humming on and off the field.

My Oamaru colleague Kayla Hodge put it delightfully: there will indeed never be another Terry O’Neill.

Terry, who has finished his radio and newspaper commitments after half a century, has been the face, voice and soul of North Otago sport.

Last year, when we were discussing a list of contenders for the Waitaki Sports Hall of Fame (more of that in The Last Word soon), I said there was nobody who had contributed as much to sport in the district as Terry, and I stand by that.

He supports the wrong team in the Blood Match but otherwise he is a top man.

There is a growing sense this is a time of rare profile and success for women’s sport in Otago.

Suzie Bates and Katey Martin are elite cricketers — and the Otago Sparks have signalled they are a team to watch this summer — and Zoe Richards is playing professional basketball and for the Tall Ferns.

Kate Heffernan made her Silver Ferns debut this year, joining Shannon Saunders, and Eva Hofmans is the rising star of the rowing world.

Southern United is off to a wonderful start, the Otago women’s softballers just broke a 24-year drought, and Super Rugby Aupiki next year will give Otago women a chance to play rugby at a higher level.

Add in the flurry of young women in the province earning scholarships to American colleges, and you have plenty of reasons to get excited.

Covid has made everything a bit whacky but this number is something else.

When the Warriors play my beloved (champion) Penrith Panthers on June 18, it will be their first NRL game at home in 1023 days.