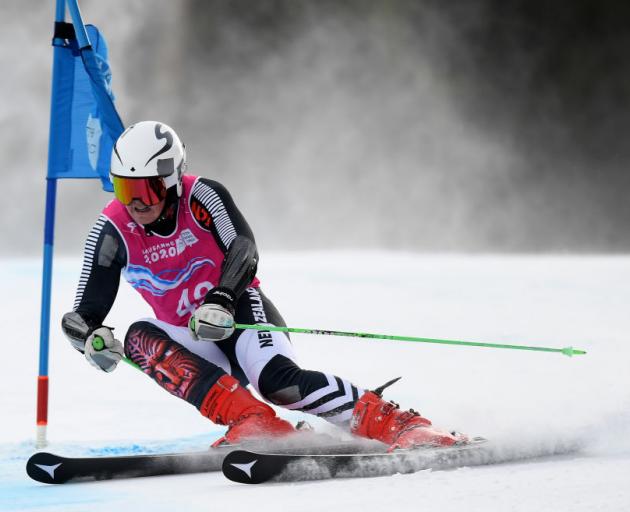 Axel Ruski-Jones and Tallulah Bryant are into the semifinals of the 3x3 ice hockey at the Games in Lausanne, Switzerland.

The pair are playing in the mixed NOC tournament in which eight teams are put together of athletes from 13 countries.

Ruski-Jones is thrilled with how his team has gone so far.

‘‘We’re going really well and I’m pretty excited to have made it through to the medal rounds. Hopefully, we can go well tomorrow,’’ he said.

The 3x3 games are fast paced with three players from each team allowed on the ice for just one minute before being required to sub off. The games last three rounds of 16 minutes.

It is something Ruski-Jones is enjoying.

‘‘I’m really enjoying this format. It’s new for everyone but it’s very fast flowing and there’s not much waiting around, which is great.’’

In the curling competition, New Zealand, made up of Maniototo curlers Zoe Harman, Lucy Neilson, Hunter Walker and Will Becker, has advanced to the quarterfinals.

It beat Norway to claim a fourth consecutive win, holding off a comeback to win 6-5. The team will now play Great Britain for a spot in the final four.

In the alpine skiing, Aucklander Harrison Messenger (17) recorded a solid time of 1min 07.08sec in his first run on the men’s giant slalom course.

However, he was unable to hold it together on his second run with difficult conditions resulting in a crash and a DNF.