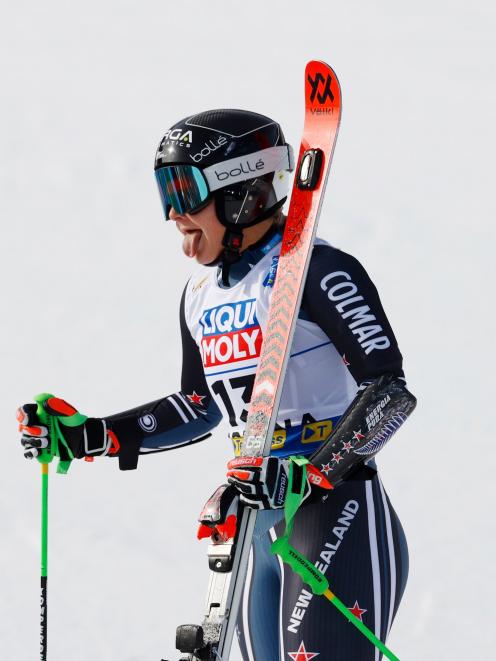 The 19-year-old burst out of the start gate for run one, posting a significant advantage on her first two splits.

But she lost some speed through the middle section and finished in sixth place in her first run, 0.51sec behind run one leader Mikaela Shiffrin, of the United States.

Robinson attacked the course on the second run and this time maintained her pace throughout.

She sat in top spot with just five athletes to go.

Robinson was pleased with her effort.

"Obviously it hasn’t been an easy season for me and I wanted to give it my all today, and I really tried my best," she said,

"Sometimes when you’re pushing it, you make some mistakes ... but I’m pretty proud of getting out there and full attacking as much as I could.

"I lost quite a bit of time down the bottom. I still have a lot of room to get better."

Fellow New Zealander Piera Hudson also competed in the giant slalom. Hudson was looking strong out of the start gate with some very respectable splits but came unstuck near the end of the run and received a DN