Sadowski-Synnott through to finals after fifth in heat 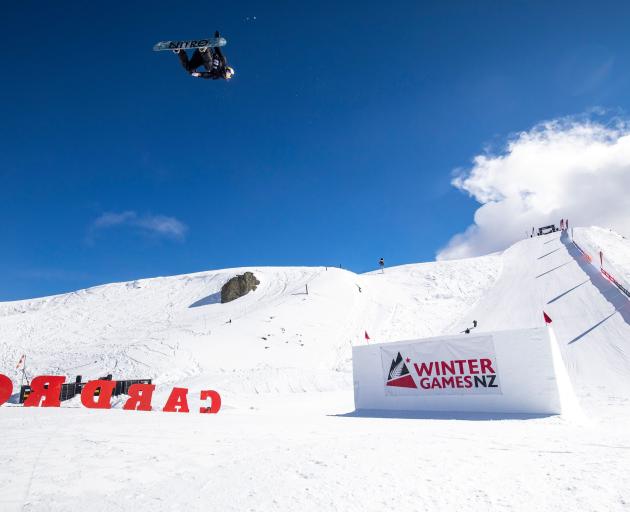 The Wanaka snowboarder is through to the finals of the Cardrona Big Air after placing fifth in yesterday's heats.

Originally scheduled for today, the competition was brought forward before the scheduled opening event of the Games, a parallel slalom at Coronet Peak last night.

The Big Air doubles as a FIS World Cup event and Sadowski-Synnott is competing with 15 riders for one of six finals spots.

While those finals are set for today, there is a chance they will be cancelled due to weather and the final results taken from the qualifying rounds, when riders had two runs to put down their best trick and earn a top score.

Sadowski-Synnott was looking to step up from a backside 700 on her first jump to a backside 900 on her second.

However, she found herself off axis and could not execute the second trick as planned.

Her first score of 78.25 was enough to place her fifth.

Enni Rukajarvi, of Finland, stomped back-to-back cab 720 mutes, scoring 86.00 for each of her runs to take the top qualifying spot.

Briton Katie Ormerod upped her first-run score from 79.50 to an 83.75 on her second jump with a backside 720 mute, while Silje Norendal was third.

In the men's event, 35 riders competed for 10 qualifying spots.

Canadian Nicolas Laframboise earned the top score of 86.25 with a frontside triple cork 1440 mute on his first run.

The Winter Games, which finishes on September 7, has attracted about 700 athletes in action from around the globe.