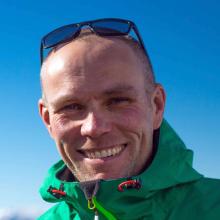 Shore has been heavily involved in the snow sports industry for more than 29 years, the majority of which has been spent developing his own company, Rookie Academy, a successful ski and snowboard training company.

In conjunction with running Rookie Academy, Shore has been actively involved in the New Zealand Snowsports Instructor Alliance (NZSIA) at both a governance and a
management level.

He has represented New Zealand on the international stage as a member of the NZSIA Interski Team at three Interski Congresses.

“With over 20 years of experience in the snow industry, both in New Zealand and internationally, we are thrilled to welcome Garett to the senior leadership team here at Snow Sports NZ,” the body’s chief executive and high performance director Nic Cavanagh said.

Shore was excited to join the team.

“The past and present team of athletes, coaches and support staff have done an incredible job of putting competitive snow sports on the map, both in New Zealand and globally.

"I look forward to being in a position to build on this legacy and help foster and grow snow sports in New Zealand.

“I am a definite believer that if you do what you love, you’ll never work a day in your life.”

Shore will take up his new position on March 8.