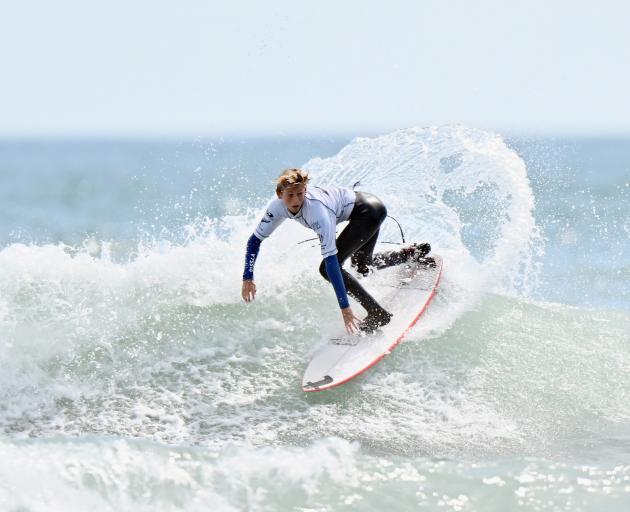 Dunedin surfer Lewis Murphy competes in the under-18 boys final during the final day of the New Zealand championships at Nine Mile Beach, Westport, on Saturday. PHOTO: GETTY IMAGES
Paige Hareb and Daniel Farr both claimed their first premier titles to make it a Taranaki double at the New Zealand National Surfing Championships on the West Coast on Saturday.

Hareb ticked off her longstanding goal of etching her name on the open women’s trophy after years of missing the event thanks to commitments on the world surfing stage. 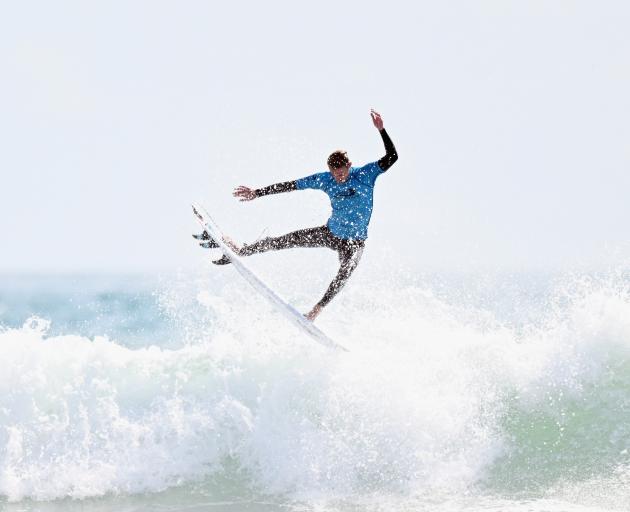 Daniel Farr (Taranaki) shows the style that won him the open men’s title. PHOTO: GETTY IMAGES
She looked to be in control of the final from the outset at Nine Mile Beach, surfing to a 7.17 on her second ride and backing that up with a 6.43, finishing with a 13.6 point total and comfortable victory.

"I am stoked but it is almost a relief — it was almost becoming a curse," Hareb said after winning her first national open title.

"Not having a title played on my mind every year, so I will probably be more relaxed next year."

Hareb, the consummate professional, had surfed smart heats all week, doing what was required in often tricky conditions, and finals day was no different as she went about her work strategically. 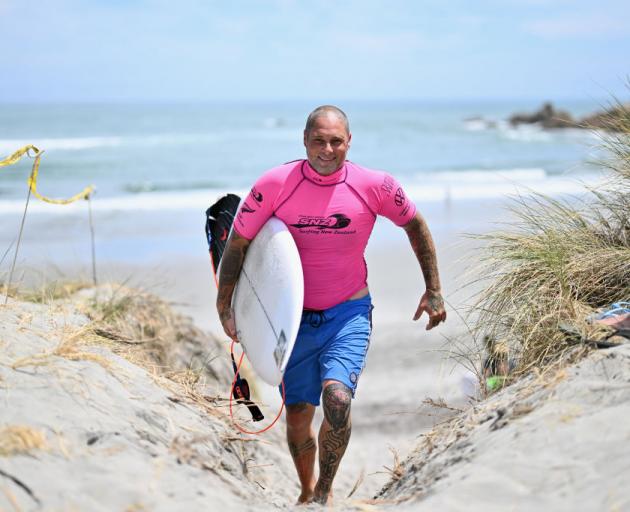 West Coast surfer Jai Earnshaw heads back to base after winning the over-35 men’s final. PHOTO: GETTY IMAGES
With the title in the bag, Hareb now embarks on the regional qualifying series in Australia and navigating international travel to secure a World Tour slot for 2023.

"I am home on Monday and then head to Australia mid-February," she said.

"I have already had one flight cancelled but I am looking forward to getting over there and starting off my international campaign."

Ava Henderson (Christchurch) finished the final in second place, scoring 12.0 points, to add to her under-18 girls title.

Raglan surfer Brie Bennett finished third, her best result at the nationals, and under-16 girls champion Pia Rogers (Whangamata) finished fourth in her first appearance at this level. 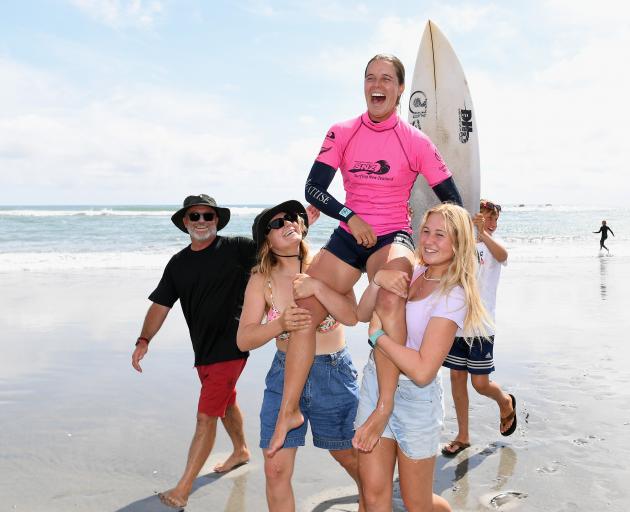 He found himself trailing a near-unstoppable Stairmand early in the heat after Stairmand surfed to a 15.33 total.

Farr was forced to go to the air on multiple occasions, knowing something special was required to snatch the title.

His first completed air led to a 7.07 score before his second air with under five minutes to go in the final gave him the lead, scoring an 8.93.

Stairmand had one last crack to get the 8.01-point ride required for the win but came up with a 7.33, and the national title was Farr’s.

"I am over the moon," Farr said as he fought back tears.

"It is always nerve-racking coming here, and having a long week and surfing against the best guys in New Zealand. It’s unbelievable, really. I am so stoked," Farr said. 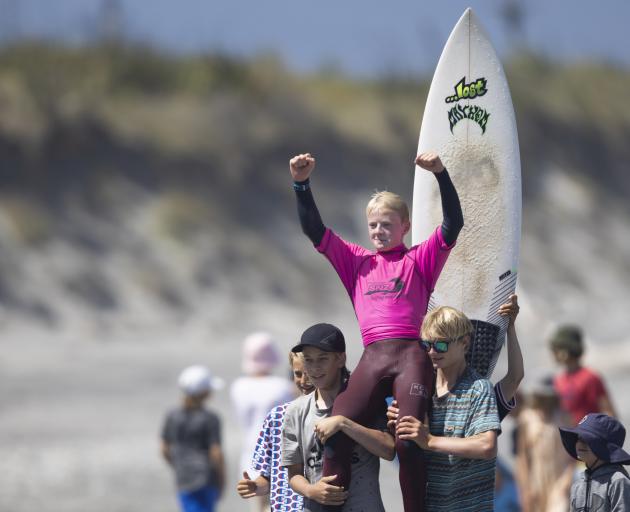 "I am not afraid to go sit right next to him and try get in his head.

"I am not sure it did anything — he has done this for years — but I would push him on to a dud if I could ... put the pressure on him, for sure."