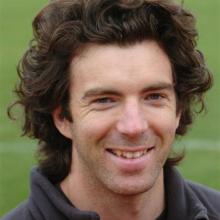 Ben Sandford has been elected chairman of the World Anti-Doping Agency (Wada) athlete committee, while boxer David Nyika has been appointed to the Olympic boxing task force group, working to shape the future of boxing at the Olympic Games.

Sandford's election will result in the Olympian, who also sits on the New Zealand Olympic Athletes' Commission, advising Wada on the views of athletes worldwide in the fight against doping.

"I'm a huge believer in clean sport and athletes being involved in decision-making, so I'm really looking forward to representing the athlete committee," he said.

"We've got some big projects coming up and there's a lot to do but it's extremely important that athletes have a voice within anti-doping."

This is a significant appointment in the world of international sport and New Zealand Olympic Committee (NZOC) chief executive Kereyn Smith congratulated Sandford on the appointment.

"Ben is an effective leader and will have a have a positive impact at this critical time in world sport.

"He comes from a nation that is known for its values in sport and commitment to integrity and this influential role sees New Zealand continue to have a voice at the top tables of international sport."

The 40-year-old, who is based in Rotorua, competed in the skeleton for New Zealand at three Winter Olympic Games.

Sandford is also a member of the NZOC Integrity Commission.

Nyika takes up his role immediately.

The IOC executive board last year suspended its recognition of AIBA (the International Boxing Association).

In the wake of the suspension, the IOC set up an Olympic boxing task force to organise the sports qualification for, and tournament at, the 2020 Tokyo Olympics.

to represent boxers, and promote the athletes' views and feedback to the task force in the build-up to the Olympics.

"Boxing has been my life for the past 10 years and I wouldn't be the person I am without the influence of this sport," Nyika (24) said.

"I owe a lot to boxing and I'm really passionate about the sport, so this is the perfect chance to give back and create some positive change.

"I feel like our voices have gone unheard in the past so to have a platform to provide feedback is a real positive."