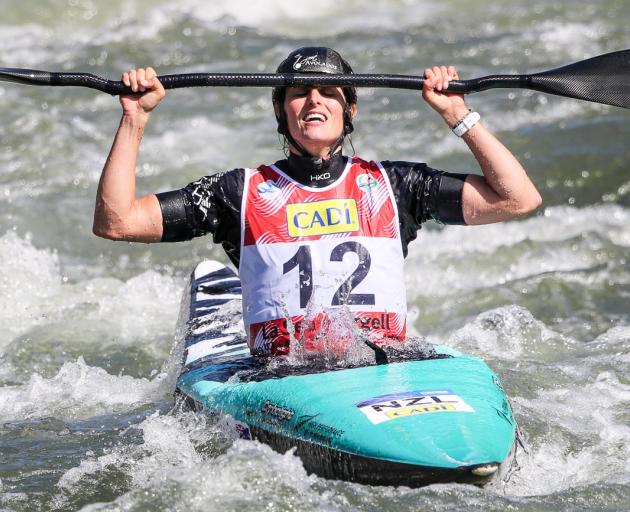 The result eclipsed her fourth placing in 2017 and her seventh placing last year and added to the Olympic silver medal she won in 2016. It is New Zealand's best K1 finish at a world championship.

"I knew that a good time had been set and I just went out and attacked it and left nothing out there," Jones said.

"I'm so stoked to have put down a really good run - it's been a goal of mine for a long time to medal at a world champs.

"This is the pinnacle event. It's the one that all athletes want to do well at and it's really special to do it here."

Jones was the sixth paddler down the course in the top 10 final, after qualifying in fifth with a slick 97.84sec semifinal performance.

She was just outside Tercelj's 94.27sec, set the run before her in the final, and her only real slip was running low into the upstream Gate 14 and needing a few extra strokes to get through.

She then had to watch the last four paddlers attack her time, but only defending champion Fox passed her.

"I had a few tiny errors and when there's only half a second between first and third, I'm starting to think about those errors a little bit and kick myself but overall, I'm really happy. It was quite nerve-racking - I was in third position and Ricarda Funk was the last person to come down and she's a German powerhouse and just so fast. I just couldn't even watch - I just had to hold my breath."

Funk picked up a touch early in her run, however, and eventually finished fifth, leaving Jones jubilant but trying to keep things in check.

"There's cause to celebrate but I have C1 tomorrow so I'll be trying to calm down and just prepare as well as possible for that."

By making the final, Jones also guaranteed her selection for next year's Tokyo Olympics, which will be her fourth appearance at the Games, joining the ranks of quadruple Olympians such as Barbara Kendall (who attended five), table tennis stalwart Chunli Li, discus thrower Beatrice Faumuina, runner Lorraine Moller and shotputter Valerie Adams.