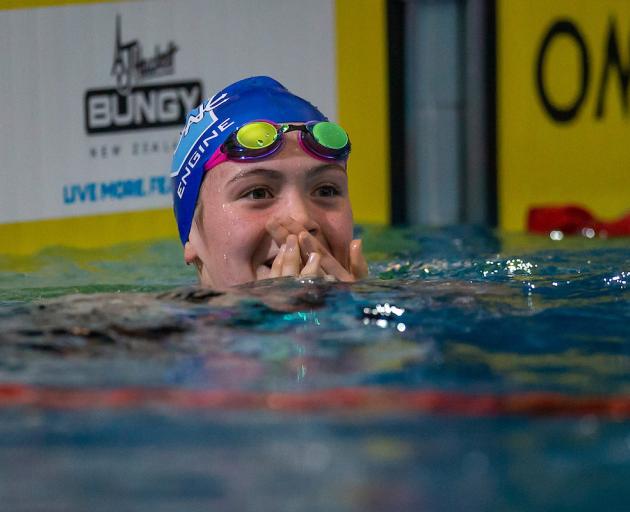 Erika Fairweather celebrates qualifying for the Fina World Championships by winning gold in the women's 400m freestyle at the national open championships in Auckland on Wednesday night. Photo: Supplied
Two Otago girls have soared and splashed their way on to world sport's biggest stages. 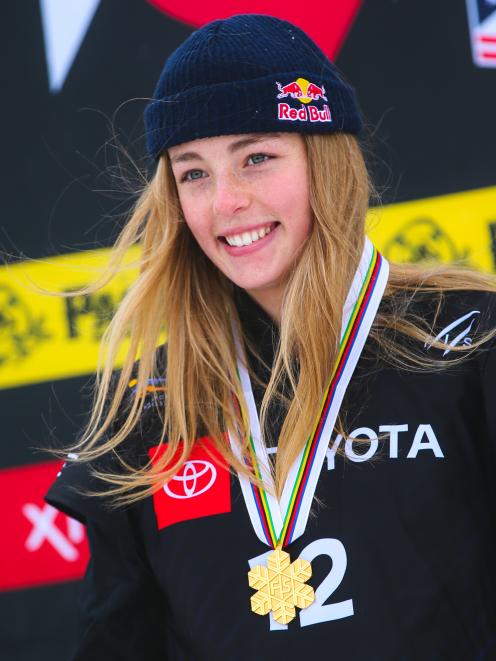 Zoi Sadowski Synnott with her gold medal from the FIS World Snowboard Championship in Park City USA. Photo: Getty Images
And at 18 and 15 years old respectively, we may be seeing a lot more of Zoi Sadowski-Synnott and Erika Fairweather.

Sadowski-Synnott (18) has been nominated for an Espy - the annual awards held by American sports media giant ESPN.

The Wanaka snowboarder was nominated in the best female action sports athlete category.

It comes after another big year for Sadowski-Synnott, who shot into the public eye with a bronze medal-winning performance at last year's Winter Olympics.

She has claimed a world title and gold at both the X Games and US Open.

The Kavanagh College pupil, who swims for Neptune, achieved the A qualifying standard in the 400m freestyle on Wednesday night.

Her time of 4min 9.33sec shattered her own national age-group record - which she claimed in April when she broke Rebecca Perrott's 43-year-old record.

It also won her gold at the national open championships in Auckland by 2.5sec.

For context, the time would have placed her 19th at the Rio Olympics.

Fairweather backed up that achievement with victory in the 200m freestyle last night.

She won by just under a second, ahead of former Dunedin swimmer Carina Doyle. Her time of 1min 59.37sec was a 15-years national age-group record and under the development standard time for the world championships.

She also claimed silver in the 50m freestyle.