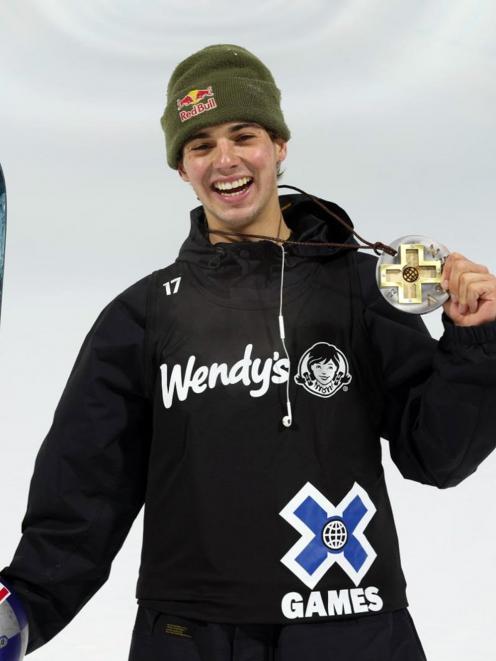 Wanaka skier Nico Porteous proudly displays the gold medal he won in the men’s superpipe at the X Games in Aspen yesterday. PHOTOS: TOMMY PYATT PHOTOGRAPHY
Nico Porteous completed an astonishing weekend for "Team Wanaka" when he won gold in the men’s superpipe at the invitation-only X Games at Aspen yesterday.A day after Zoi Sadowski-Synnott won the second of her two gold medals at the glamour event, Porteous delivered one of the most brilliant performances of his career.

The 20-year-old freeskier defended his superpipe total with the last run of the entire event.

"I can’t believe it," Porteous said after he sealed victory.

Porteous was third heading into his fourth and final run, and delivered what commentators described as the most technical halfpipe run ever landed in competition.

He dropped in switch starting with a switch right 900, into a newly learnt switch left double 1440, then into his trademark back-to-back double 1620s before finishing off with a huge left alley oop double 900. 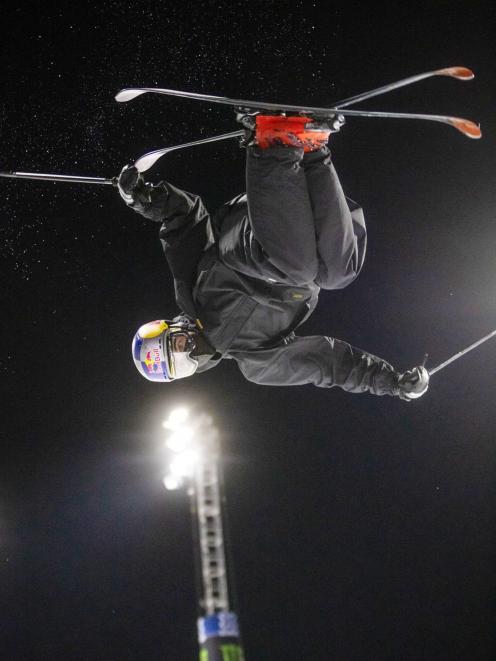 Nico Porteous in action at the Games.
"It still hasn’t sunk in," Porteous said.

"I was the last to drop so it happened so fast.

"To piece all that together in arguably the most high-pressure moment of my skiing career, I can’t believe it."

Another Wanaka freeskier, Ben Harrington (20), dropped into his debut X Games and finished in a creditable eighth place.

It was the first time the Porteous brothers had competed alongside each other at the X Games.

There was one final honour for Sadowski-Synnott.

After the superpipe, X Games organisers announced she had been awarded the "best in snow" Golden Grill award for winning two gold medals and becoming the first woman to land back-to-back double corks in a slopestyle run.

"Honestly, words can’t describe it — I am so stoked," Sadowski-Synott said.

"Seeing Nico lace the best run of his life tonight tops it off."

Both Wanaka stars will now head to Beijing with the New Zealand team for the Winter Olympics.

They each claimed bronze in Pyeongchang four years ago and are genuine chances to win New Zealand’s first gold medal in the history of the Games.