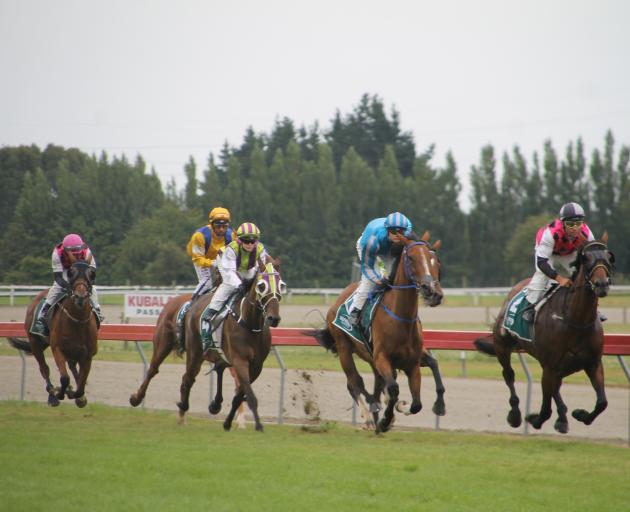 Following on from last year's Messara report, New Zealand Thoroughbred Racing produced a report yesterday calling for the reduction of courses around the country. And it is looking to close more courses than Australian John Messara proposed, with Waikouaiti and Riverton fingered for closure among 23 venues.

NZTR said in a release it wanted to drop to 27 venues across the country by 2030. The would leave just nine tracks in the South Island. Eight tracks south of Timaru would close.

The plan was not in reaction to the Government-commissioned Messara report, which proposed a widespread reduction in tracks throughout the country, NZTR said.

Under the NZTR proposal, Gore would remain open but Riverton and Waikouaiti would close, along with the other six venues.

Unsustainable costs for owners, participants and the wider racing industry had prompted NZTR to investigate a better network of racecourses, a media release said yesterday.

The plan suggests 27 tracks remain in use by 2030, which is one fewer than the Messara report proposed.

''While NZTR agrees with the Messara report that a reduction of venues is required, having already undertaken substantial work in this area over some years we have a view of how this could look,'' NZTR chief executive Bernard Saundry said.

''Despite the best intentions of committed and passionate volunteers, many of New Zealand's racing venues are in urgent need of major development.

''Spending is required to bring infrastructure up to standard and to meet health and safety obligations. An upgrading of venues will also improve the punter experience by providing better and more consistent track surfaces.''

Some damning statistics are provided in the venue plan. The foal crop had dropped by 22% in the past 10 years and the number of starters had dropped by more than 18% in 10 years.

Domestic betting turnover had dropped by 14% in the past 10 years and on-course attendance was down by 22% in the past six years.

The first step in the plan was an initial proposal for 10 clubs not be allocated licences next season. They include clubs at Dargaville, Thames and Wyndham which are racing at other venues this season. The other affected venues are Wairoa, Stratford, Blenheim, Reefton, Hokitika, Waimate and Winton.

NZTR anticipates that those clubs which lose their traditional venues would continue to race at an alternative track. There would a new structre around premier centres, regional centres, supporting venues and community venues.

A key aspect of the proposed NZTR venue plan is that all clubs in New Zealand would have an approved and appropriate venue at which to race.

''We see a future for every club,'' Saundry said.

NZTR will conduct meetings with stakeholders over the coming weeks. The deadline for feedback is March 19.