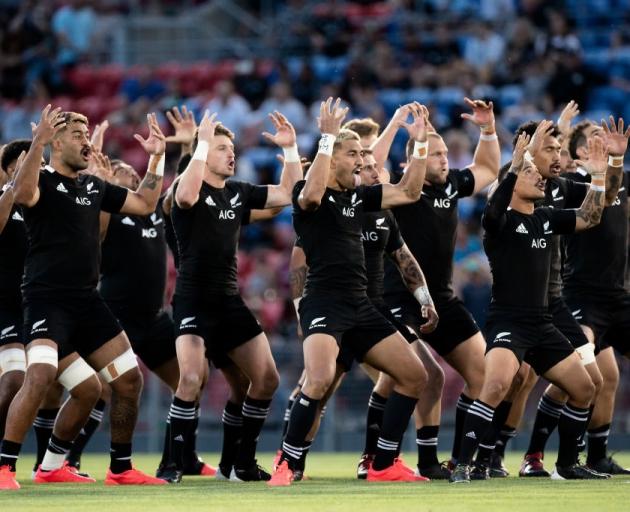 In the starting front row, Joe Moody retains the number one starting jersey and Nepo Laulala is back in the number three jersey, with Codie Taylor returning at starting hooker. Props Karl Tu'inukuafe and Ofa Tuungafasi, along with hooker Samisoni Taukei'aho, are front row cover from the bench.

In the second row, the hugely-experienced Brodie Retallick returns alongside Scott Barrett, with Patrick Tuipulotu the reserve lock. In the loose forwards, Akira Ioane is at blindside flanker, captain Ardie Savea is at seven and Luke Jacobson at number eight. Ethan Blackadder is the loose forward impact from the bench.

In the backs, TJ Perenara is again at halfback, with Beauden Barrett back in the starting 10 jersey in his 97th test and his 15th test against South Africa. David Havili returns at second five-eighth, Rieko Ioane is again at centre and the starting back three from last week's test are retained, with George Bridge again on the left wing, Will Jordan on the right wing and Jordie Barrett at fullback. Halfback Brad Weber, Damian McKenzie and midfielder Quinn Tupaea are the back reserves.

All Blacks head coach Ian Foster said the team is excited for this weekend.

"The group is working hard, we have been building our performances and we've put ourselves in a great position to win the Rugby Championship and that's really exciting for the team. The fact that it is against South Africa is pretty special."

The All Blacks are expecting a torrid battle up front, as always against the Springboks. Commenting on the forwards selection, Foster added: "It's a tough pack to pick at the moment because there are a lot of players putting their hands up and there were some players who played well last week.

"But we have got some very good combinations that we have worked on since the start of the Championship. It's great to have experienced players like Joe Moody, Ofa Tuungafasi and Patrick Tuipulotu back. It has given us a great starting pack and a strong bench."

Foster said the team was looking forward to playing in the 100th test match, but had a narrow focus this week.

"For us, as a team, we're trying to zone in on what we want to do in this game. We are all aware of the history and legacy of this match and respect that, but the only way we can do justice to that is to prepare well and focus on what we have to do.