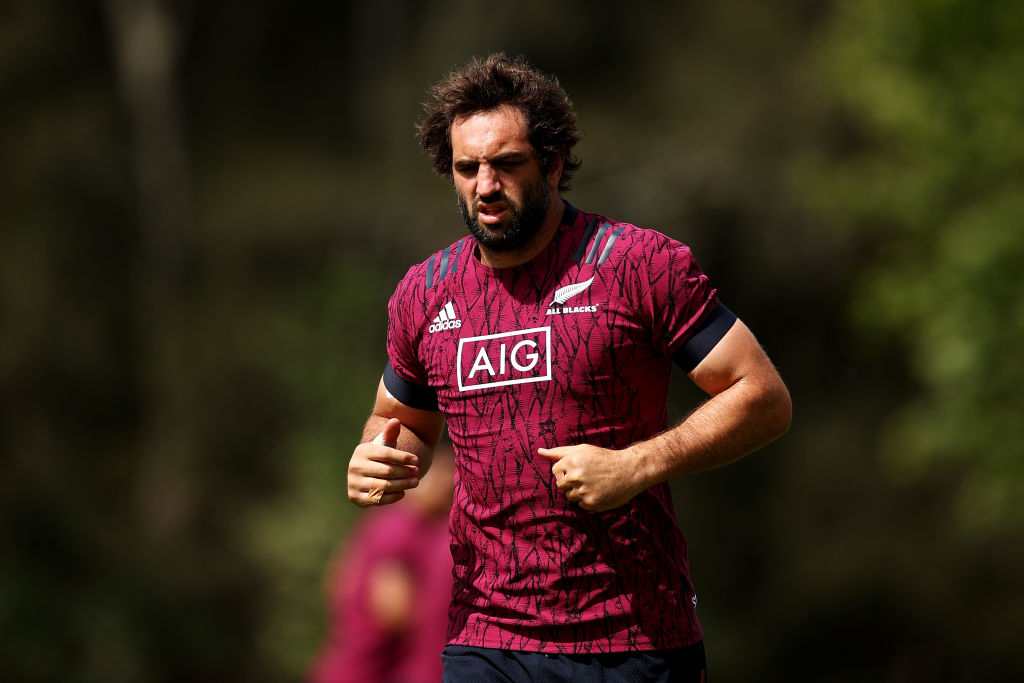 Sam Whitelock: 'We always put ourselves under immense pressure, whether win, lose or draw.' Photo: Getty
The All Blacks say they're not feeling more pressure from the "haters" than they already put on themselves ahead of Saturday's crucial Tri Nations clash with Argentina.

The Kiwis are out for redemption at Newcastle's McDonald Jones Stadium after suffering their first loss to the Pumas .

That came on the back of a loss to the Wallabies - their first consecutive defeats since 2011.

Courtesy of the Wallabies-Pumas draw last round, the All Blacks are still in the hunt to add the Tri Nations trophy to the Bledisloe Cup, with victory required in their last test of the year.

Despite their two losses, the teams are all on six points: New Zealand are on top of the ladder due to two bonus points and a superior points-differential.

Veteran Sam Whitelock said there was always pressure - internally and externally - to win, so they wouldn't approach Saturday's match any differently.

"For us as All Blacks, we always put ourselves under immense pressure, whether win, lose or draw and I think we always demand of ourselves that we go out and play really well," Whitelock said on Monday

"There is a bit of pressure there at the moment but the reality is that there's pressure every week and you have to embrace it."

His teammate Patrick Tuipulotu said they were aware that their record had put new coach Ian Foster in the firing line, and he felt they owed him the win as much as they owed it to themselves.

"As the coach he's always the face of the squad and if we lose two in a row (to Argentina) he's always going to get the blame," the lock said.

"In this day and age you're going to get a lot haters, as we call it, but we just move on.

"It's on us to get a result and perform well."

With two weeks to stew over the 25-15 Pumas scoreline, Whitelock said it had also given them time to have work through the lacklustre performance and really fine-tune for their game.

"It has been good to use last week differently and we've had extra time to have those little conversations that during a normal test are hard to have because you don't have time," he said.

"We're in a better spot going into this last game and we're excited to get out there and show the improvements we've made over the last eight or nine days."