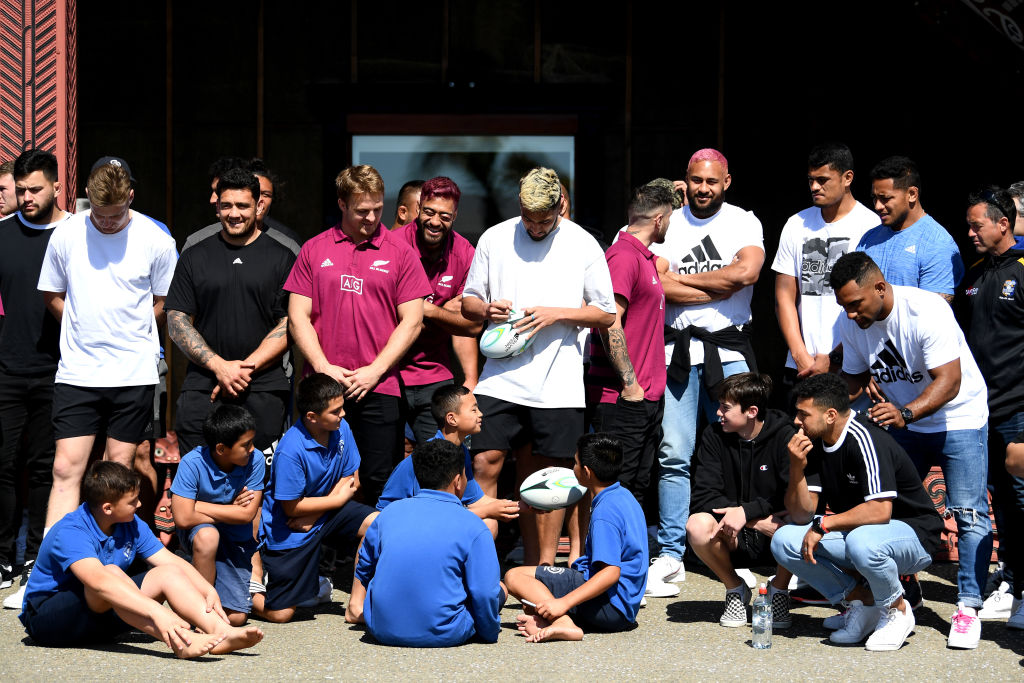 All Blacks players visit Mataatua Marae in Whakatane today. Photo: Getty
The return of international rugby in New Zealand took a step closer today with the All Blacks squad assembling for a training camp as the government relaxed Covid-19 restrictions.

The All Blacks play Australia in two Bledisloe Cup matches  - in Wellington on October 11 and in Auckland the following weekend - the first rugby tests since the Six Nations was put on hold in late March due to the pandemic.

The training camp, in the eastern Bay of Plenty town of Whakatane, is the first opportunity All Blacks coach Ian Foster has had to work with the squad since naming it earlier this month.

A second camp will be held next week in Hamilton before they reassemble for the first test against the Wallabies at Wellington Regional Stadium, which should be a full house following the government's decision to loosen Covid-19 curbs.

Whether crowds are to be allowed at Eden Park in Auckland for the second game will not be known until October 5. The country's largest city was the centre of a new outbreak of the novel coronavirus last month and is subject to tighter restrictions.

Prime Minister Jacinda Ardern, however, said on Monday that an additional two weeks with tighter restrictions would give them confidence to allow Auckland to drop to the same level.

"With time, you can have greater confidence," Ardern said.

"If we continue on this path, it's likely that in two weeks time, we'll have that added confidence."

The All Blacks could face more than two months away from their families due to Covid-19 controls when they head to Australia for the Rugby Championship from early November.

While no player has opted out of the trip, halfback TJ Perenara said it was a difficult choice.

"It will have its challenges," he told Stuff Media.

"It's not an easy situation for anyone."