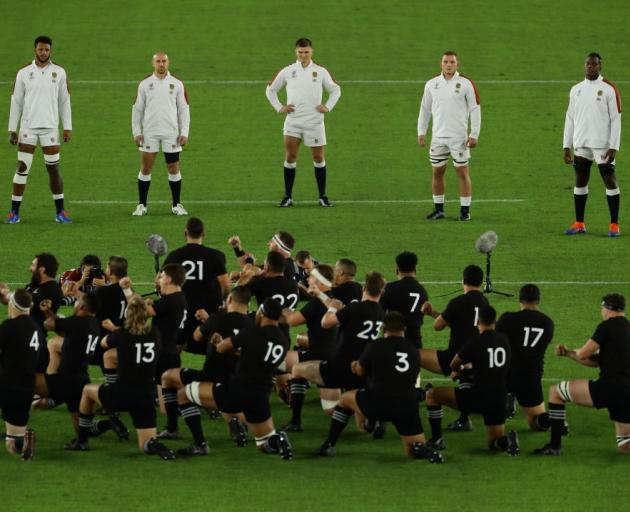 Now they appear to be set to confront them on a return to play the Brave Blossoms on their way to the United Kingdom in late October.

Steve Hansen's men enjoyed an incredible amount of support and played superbly on their way to a horror performance in their semifinal defeat to an inspired England.

The test against a Japan side which took the tournament by storm in October last year should fire the imagination of at least two nations if not the rugby world.

Reports in Japan suggest the All Blacks will stop over in Japan to play a test on October 31 before they continue to the UK, where tests against England and Scotland are already confirmed. At least one more assignment there is likely.

The test would pit Japan coaches Jamie Joseph and Tony Brown – both of whom were firmly on the radar as Hansen's replacements - against new All Blacks coach Ian Foster.

And it would be another opportunity for the Brave Blossoms, who made their first ever World Cup quarterfinal last year after sensational victories over Ireland and Scotland before losing to eventual champions South Africa, to challenge themselves ahead of the next one in France in 2023.

Their ball movement, high tempo style and togetherness earned them legions of new fans in Japan and far further afield. Japan have played the All Blacks four times, the last time in Tokyo in November 2018, an entertaining 69-31 victory for the visitors for whom wing George Bridge made a stunning debut with two tries off the reserves bench.

The test will probably be an opportunity for Foster to try new combinations ahead of the end-of-year tour, and a potential money spinner for New Zealand Rugby, who have lost jersey sponsor AIG.

The All Blacks enjoyed a high profile in Tokyo during the World Cup and another visit as the game in Japan reaches new heights won't hurt that.

They finished well over the top of the Boks in their pool game in Yokohama and easily accounted for Ireland in the quarterfinal in Tokyo in one of their best ever World Cup performances before running into a white wall in the form of England in the semifinal back at Yokohama.

While there they earned praise for the way they took the disappointment of failing to defend their title, as well as kudos for the way in which they approached and performed in the bronze play-off match against Wales, which they comfortably won 40-17. The win allowed veterans such as skipper Kieran Read and Ben Smith to leave on a high note.