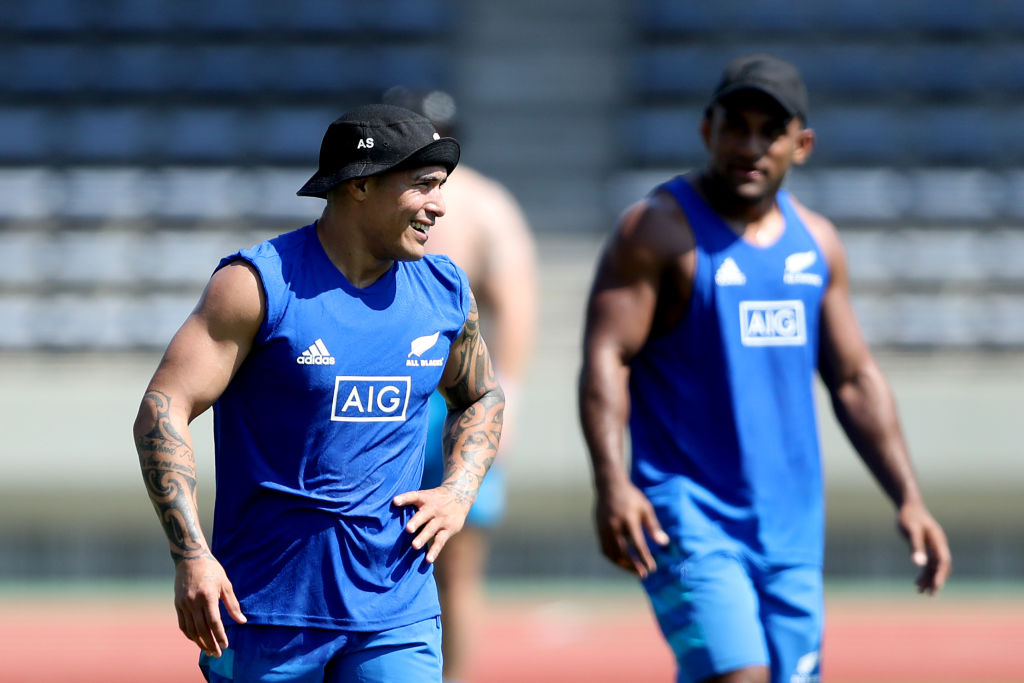 Aaron Smith takes part in an All Blacks training session in Kashiwa, Chiba, Japan. Photo: Getty Images
Rugby World Cup favourites New Zealand have had their first training run in Japan, the players quickly having to adjust from the winter temperatures of back home to the sweltering heat of their Kashiwa base.

The All Blacks arrived in Tokyo on Monday and were able to get to their hotel in Kashiwa, north of Tokyo, after a two-hour delay caused by the aftermath of Typhoon Faxai.

England's squad were not so fortunate and were grounded at Narita Airport for six hours, while Australia delayed their departure for Japan to ensure they missed the storm and arrived late on Monday.

All Blacks scrumhalf Brad Weber said they were well prepared for the 20 Celsius swing in temperature, with the mercury touching the mid-30s on Tuesday.

"We had a few strategies when we were back home to try and be in hot conditions," Weber told reporters.

"We were well prepared for the heat here."

Weber added that the conditions were similar to those teams experienced in pre-season training for Super Rugby, which normally starts in early February -- the tail-end of the southern hemisphere summer.

"It's not like this is something outrageously different that we've never experienced - it's just a summer in New Zealand.

"The humidity is maybe a little bit different, but it's nothing outrageous I don't think."

The All Blacks open their campaign for a third successive World Cup title against South Africa on September 21 in Yokohama.