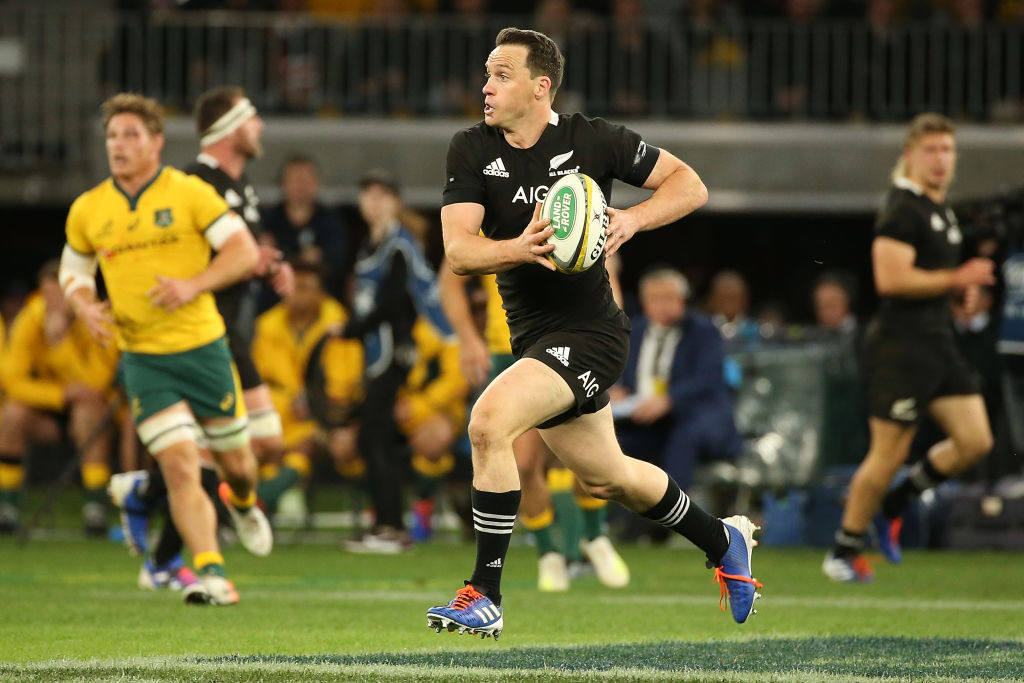 Ben Smith runs the ball up for the All Blacks against the Wallabies in Perth last weekend. Photo: Getty
Wallabies legend David Campese believes head coach Steve Hansen's decision to move All Blacks veteran Ben Smith fullback could be a big mistake.

Campese, who has 101 caps for Australia, was baffled with the decision to leave out the 33-year-old former vice-captain in favour of the playmaking combo of Richie Mo'unga and Beauden Barrett. 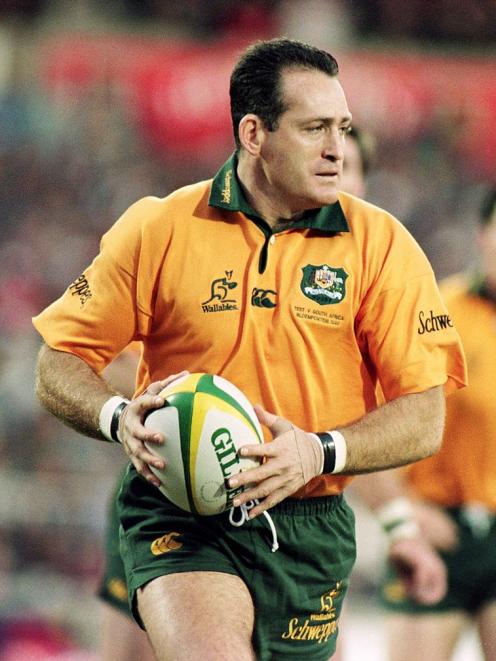 David Campese. Photo: Dave Rogers /Allsport via Getty
"Ben Smith is one of the best fullbacks in the world and has been for many years, a great player," Campese told foxsports.com.au.

"He's safe, he's always there, and obviously last week they didn't get a lot of ball.

"Putting Beauden Barrett at 15, to me, is absolutely ridiculous. He's the best 10 in the world.

"I know what they're trying to do in case Barrett gets injured, they need another No 10 and Mo'unga is obviously a very good player and has performed well.

"But to drop Ben Smith — I would put Ben Smith at fullback."

The All Blacks announced today that they are sticking with the same loose forward trio of Ardie Savea, Sam Cane and Kieran Read, persisting with the Mo'unga/Barrett combination, while dropping Smith and Rieko Ioane for inexperienced wingers George Bridge and Sevu Reece.

The 56-year-old Wallabies legend didn't stop there, also claiming the All Blacks looked worried ahead of the test at Eden Park.

"The All Blacks have had a draw and a loss — this could be three in a row," Campese said.

"This could be devastating for them.

"They're really worried over here and they know there's a bit of pressure.

"We've almost got our hands on the Bledisloe Cup and I think we could be looking at something that hasn't been done for many years.

"But history shows with the All Blacks that if you don't turn up the next week they'll absolutely smash you."

Campese said this Wallabies side poses a different threat with newly recalled halfback Nic White – who was man of the match in Perth – in the side, but admitted there are still things that need to improve.

"White has added problems around the ruck because they're not sure what he's going to do.

"They've got an opposition with a couple of different players, they don't know their mannerisms on the field, what they're going to do in situations.

"They've got to put more attention on us and things like that do change a game.

"There are promising signs but I don't think our backline has hit its potential yet, they've still got a way to go."