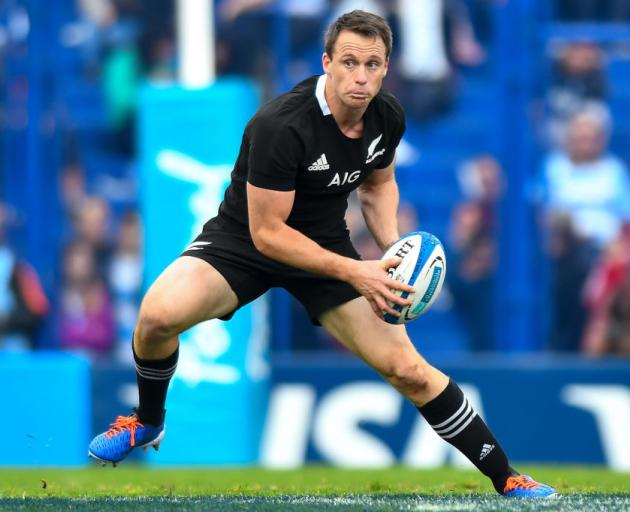 Ben Smith suffered a hamstring injury during the tail end of Super Rugby for the Highlanders. Photo: Getty Images
The All Blacks selectors have wielded the knife as they eye a must-win Bledisloe Cup test against Australia at Eden Park on Saturday, and senior trio Ben Smith, Owen Franks and Rieko Ioane are big casualties.

The winners are Nepo Laulala, who replaces Franks at tighthead prop, and inexperienced Crusaders outside back duo George Bridge and Sevu Reece, who replace Ioane and Smith, respectively.

None of the dropped trio is included in the match-day 23, and Jordie Barrett, last sighted against the Pumas in Buenos Aires, is on the reserves bench as outside back cover.

Coaches Steve Hansen and Ian Foster reinforced the need to remain calm and not panic after the disastrous 47-26 defeat in Perth, virtually a foregone conclusion once Scott Barrett was red-carded at the end of the first half.

But they and fellow selector Grant Fox have clearly felt the need to try something different.

Franks flopped against the Wallabies at Optus Stadium and previously in the drawn test against the Springboks in Wellington, and right wing Smith is clearly not 100% after returning from a hamstring tear, suffered while playing for the Highlanders in May.

Ioane's demotion is a little more of a surprise. The left wing looked sharper last weekend and scored one of the All Blacks' four tries, but clearly Hansen and company want to experiment a little more ahead of the World Cup, despite the high stakes.

The Bridge-Reece combination, though inexperienced, should bring a spark that has been badly missing so far.

Sonny Bill Williams is straight back to second-five following his two full games for Counties in the Mitre 10 Cup. Anton Lienert-Brown, one of the few impressive performers for the All Blacks in Perth along with Beauden Barrett, moves out one to centre as a replacement for Jack Goodhue, who has a hamstring strain.

Beauden Barrett remains at fullback and Richie Mo'unga is retained at first five, a combination that is growing by the test and appears close to being a decisive attacking force providing the below-par pack can put them on the front foot.

It is no surprise that that trio has been retained; there were promising signs in the first half as they started a test for the first time, with Savea and Read, in particular, busy. No 8 and skipper Read was a huge force defensively.

Conclusions will probably be jumped to, but this is unlikely to be the end of Franks, Ioane or Smith. All three are likely to be included in the World Cup squad when it is announced at the end of the month, but the selectors have acted decisively and that will send a message throughout the whole group that the performances thus far have not been acceptable.

The fate of the Bledisloe Cup rests on this test and if that does not inspire a reaction, it is difficult to know what will.

"We have worked hard this week on our game and all that comes with it,'' Hansen said.

"We've had a great preparation and are really excited and looking forward to a massive, must-win match for the Bledisloe Cup on Saturday.

"We know that Australia will be determined and confident after their win in Perth, which makes the challenge even more exciting.''