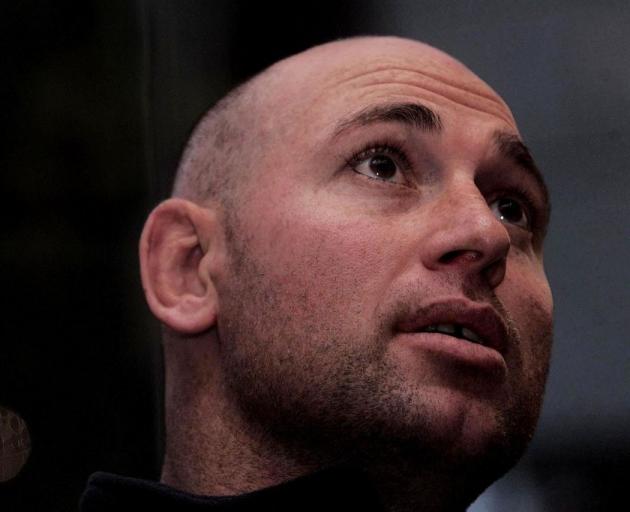 South Africa's Mark Andrews in 2001. Photo: Getty Images
Former Springboks lock Mark Andrews has revealed how earned his "psycho" reputation during his career against the All Blacks.

Andrews, a member of the 1995 World Cup winning side who played 77 tests for South Africa, opened up about his rivalry with the All Blacks, and how he became one of the most feared and respected players in the game.

While playing for the British Barbarians with All Black Anton Oliver, Andrews said he learned how "hated" he was on the field.

"He (Oliver) was surprised at how likeable I was away from the field. He said the All Blacks from his era hated me, they thought I was a psycho," Andrews told SuperSport.

"I like to think I was a psycho on the field. If there is one regret, but maybe then it isn't at all, it was that I never spoke to the opposition when we were at cocktail parties or other functions. I just never mingled with the opposition like other guys did. I'd just give them the death stare.

"My reason for doing it was simple. If I went to speak to Robin Brooke, my direct opponent in so many test matches, I might have found he was a nice guy. I didn't want that. I wanted to feel the need to hurt him in every game I played against him."

The 48-year-old said his bitter rivalry with the Kiwis started in 1994 in a Dunedin test where he "felt like the All Blacks were trying to kill me" during some brutal rucking. 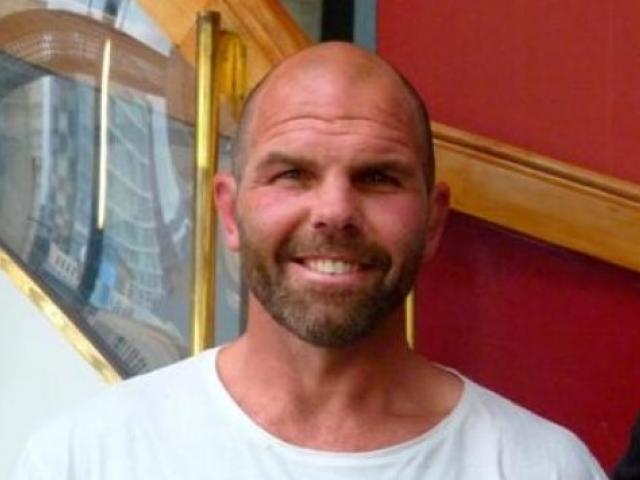 Former All Black and Highlander Anton Oliver.
"I made a tackle very early in the game and I couldn't get out of the ruck, and these guys just came over me. Actually saying they came over me is wrong, they just stood on me while they rucked me. I couldn't get out, and they'd just stand on me and ruck backwards," he said.

"Fortunately the referee eventually blew the whistle and it stopped, but I honestly in that moment I felt I was going to die. There were holes in my sock, in my jersey and the old Medac garment, a bit like cycling pants that I wore under my pants, was torn. There was blood. That was my welcome to test matches against the All Blacks.

"I try and tell my kids that there is no shame in feeling scared and I use that moment as my example. I can honestly admit that I felt fear. No, I was terrified. My body was on fire and in that cold, the steel of the studs had really done their business. I felt like crying. It felt like the All Black players were trying to kill me, to maim me."

The Springbok enforcer claims he was victim of another rucking incident when All Blacks flanker Zinzan Brooke stuck his boot into his ankle.

"[He] stuck his two back studs into my ankle and twisted.

"Then when I was trying to get up he leaned over and told me I didn't deserve to be in the team and was a disgrace to my jersey."

Andrews would keep that incident in his mind and wait to exact his revenge against Brooke.

"I had to face up to the responsibility of playing for the Springbok jersey, playing for my country and representing all the people back home. So a light switch went off in my head. From that moment I just wanted to kill Zinzan Brooke and that drive remained with me for the rest of my career," Andrews said.

"Zinzan ended up wearing a big white headguard for most of the second test of that series because his eye got gashed open. That was me. I'm not proud to admit it now, but I flew into one ruck and tried to kill him. I told him he didn't deserve the jersey. He just laughed.

He admitted his conversations with Oliver had revealed to himself how consumed he had become with his rage as a player, but says he doesn't have any hard feelings against those players anymore.

"Anton was right. I took it off the field with me in that I felt that I would be a hypocrite if I mingled with those guys at cocktail parties.

"I've met many of them post my career and they are indeed nice guys. There are no hard feelings now."