Call goes out to Kiwi coaches for All Blacks job 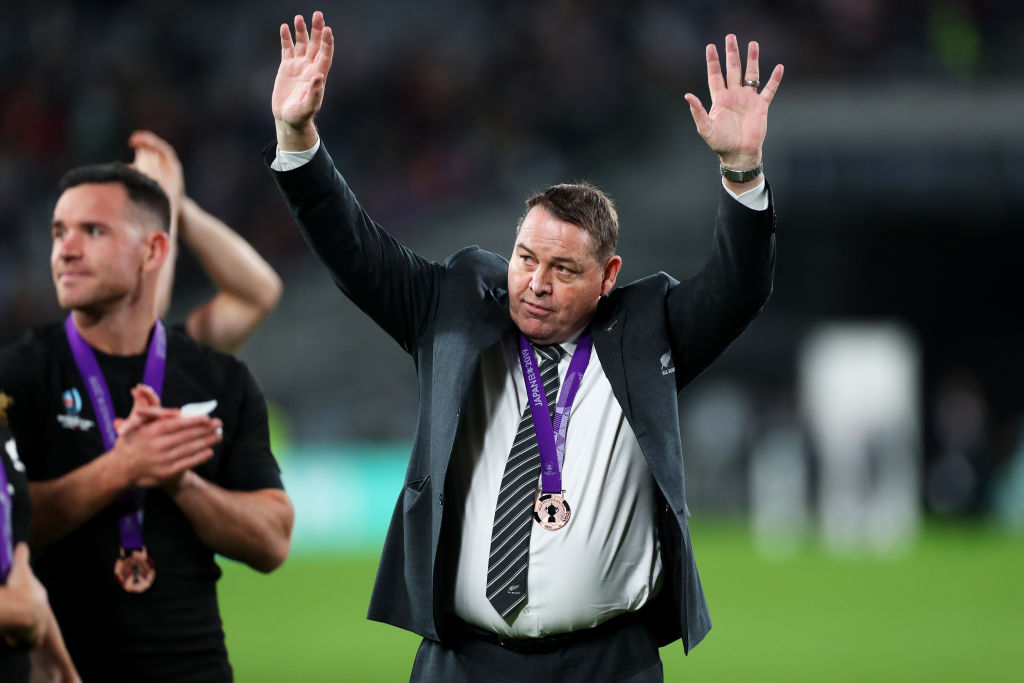 New Zealand Rugby has invited 26 Kiwi coaches to apply for the vacant role as All Blacks head coach, asking those invited to bring their team of supporting coaches into the process with them.

NZR chairperson Brett Impey said NZR wrote to a number of coaches directly asking them to apply for roles with the national team, with a five-person panel to ultimately make the selection.

"We have made it clear that anybody who gets into this process, come along with your team," Impey said. "Whether it's your scrum coach, your backs coach, your defence coach, whatever it is we want to see a team going forward.

"Those 26 candidates know what we've been saying so we're expecting that in the applications.

"This is high performance. You've got to get the best; the very, very best. Our standards are very high. We believe our team has to be the best it possibly can."

The coaching team is set for a shake-up after head coach Steve Hansen stepped down following the side's Rugby World Cup campaign.

Impey said Japan coach Jamie Joseph was among the list of candidates for the role, with Tony Brown already confirming he would be staying within Joseph's team going forward.

Outgoing Ireland coach Joe Schmidt is not expected to enter the running for the role despite moving back to New Zealand. Schmidt has indicated his desire to step away from coaching for the time being for family reasons.

When asked if NZR would consider applicants outside of the 26 invited, Impey said they believed they have indicated everyone they believed was capable of the job.

"This is a specialist job. You don't put an ad up on Seek to try find the next All Blacks coach. All of them have been in our process from time to time. Some have coached overseas for a longer period, others for a shorter period, but we have communicated with all of them recently to let them know what the process is in inviting them to come forward."

New Zealand Rugby expects to know which coaches are in the running for the job before the end of the month, with interviews to be conducted in early December with the hope of announcing a new coach this side of Christmas.

"The All Blacks aren't coming together again until the end of Super Rugby next year we do have time on our side.

"So we have a best target, which is Christmas, but we've left ourselves some wriggle room."