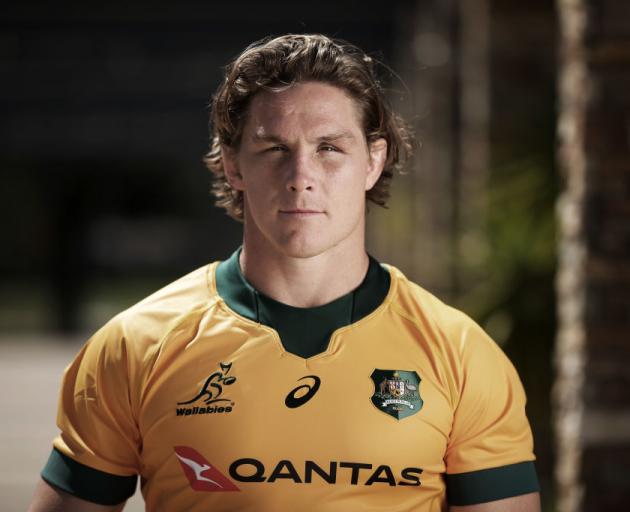 Michael Hooper will become the 12th Australian to reach a century of caps for the Wallabies at Wellington Regional Stadium this afternoon. Photo: Getty Images
Compared to his previous 99 rugby test matches, Australia captain Michael Hooper says the build-up to his team's first Bledisloe Cup encounter with the All Blacks has been "strange."

Hooper will become the 12th Australian to reach a century of caps for the Wallabies at Wellington Regional Stadium this afternoon.

The Wallabies have spent the last 14 days in isolation in Christchurch to meet New Zealand's strict bio-security requirements to curb the spread of Covid-19.

They spent the first three days in total isolation before being allowed to train together.

"It has been strange," Hooper told reporters. "It has been rugby, rugby and then PlayStation for some of the guys.

"We've just been released and no face masks for us now."

Coach Dave Rennie told reporters on Friday that Hooper had downplayed the fact he was reaching 100 test caps, but the team held a special ceremony for him anyway.

The openside flanker received numerous messages from players, both current and former, family and "people I respect" for reaching the milestone but added he was just as excited for the four debutants in the side.

"It's a good full circle for our team."

The Wallabies' unusually long wait to return to the field - their last match was almost a year ago at the Rugby World Cup in Japan - had the team jumping to get out on the field against the All Blacks, Hooper said.

"We have been talking as a group for a long period of time and training for three or four weeks.