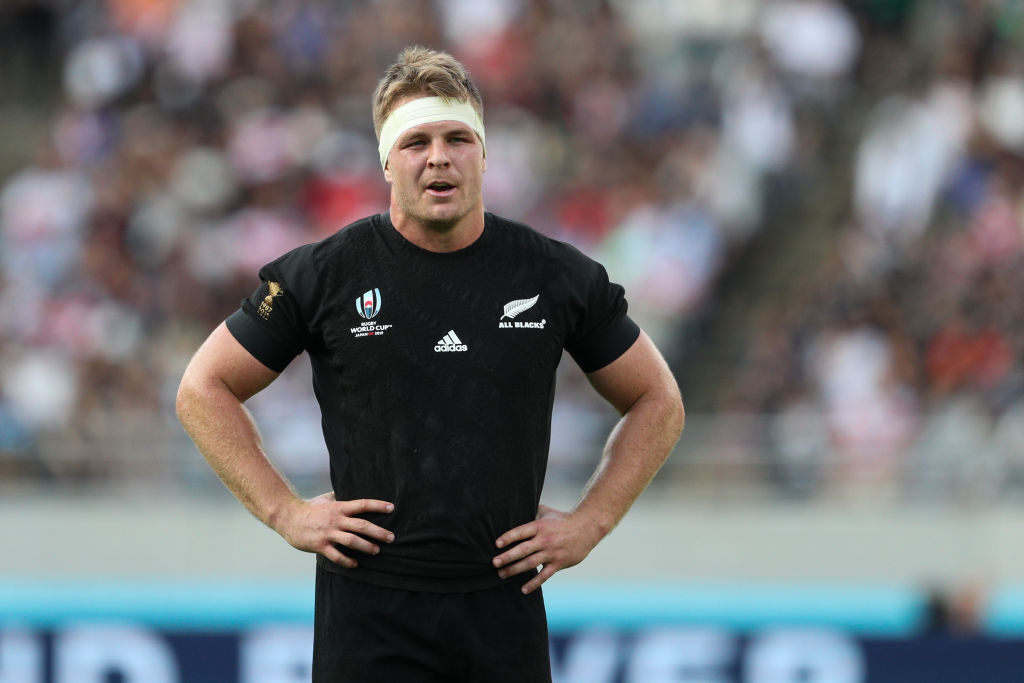 And the Chiefs loose forward says he already knew that Foster could find him a bit annoying.

After appointing Cane this week, Foster said: "He's really comfortable in own skin about who he is and not afraid to challenge and question.

"He likes clarity. If things are not clear he will asks a lot of questions. It's a bit frustrating at times but that's the beauty of him as a captain."

When asked by Newstalk ZB's Martin Devlin about Foster's suggestion he could be "annoying", as Devlin put it, Cane said: "I know what he means because he's said it to me in the past.

"I like to have a good understanding of what we're doing and the why behind it. Once I understand that I can help drive it - that's what he's alluding to there."

But Cane also revealed that it is not his style to be so questioning of referees.

"Early on in my career, particularly the first few years as captain, I worked with a couple of referees (about) the right questions to ask, when to shut up and leave them alone, how they think during a game.

"They are under pressure as well. Sometimes I find less is better with referees, and they've told me that too. It's a bit of a philosophy I have unless it is something I feel strongly about or I feel it is the right time

"I won't be in the referee's ear all game - that works for me as well, to focus on your own team and your own play."

THE RECEPTION TO HIS APPOINTMENT

"Now it is all out in the open I've been pretty overwhelmed with the messages of support," he said.

"You certainly feel a bit more expectation on your shoulders, you're not just worried about yourself but I'm a lot better at managing that now."

Cane said he had learned how to concentrate on his own game and use breaks in play to take care of team matters. A captain needed to put a lot of trust in players around him, and particularly in the halfback and first five-eighth.

He had built strong bonds over a decade with some fellow All Backs, from their junior days.

"I've learnt over the years to take everything with a grain of salt, have a bit of a thick skin…the most important opinions are from close ones, the loved ones, team mates and coaches."

ON GETTING USED TO COLLISIONS AGAIN

"Loose forwards and the tight five will know what he means…it really resonated, after a while you do miss that.

"No doubt you are sore after them but it's amazing how quickly your body can adjust - a few weeks of that and we'll be back into it.

"Sometimes when you haven't played for a while and you're watching a game you think 'geez that's physical, holy smoke'…but then you're out there the next day doing it yourself.

"These days everyone's got the players best interests at heart…it's going to be a minimum of three weeks training before the first game…two weeks of just training with no game at the weekend and in the third week we are training for the game on Saturday.

"There's a lot of trust put in medical staff, strength and conditioning coaches…it's just about getting those collisions in. It's what we've been training for and keeping fit for during this period."

Cane said Foster's eight years in a very successful All Black camp meant he was perfectly placed to know what worked, and what he would like to tweak.

"Just because we didn't get the job done last year, there are still a lot of good things in place, he's able to identify the tweaks," Cane said.

He described Foster as "tactically up with the best" and "good at narrowing down the things to get right".

"He's a good people person, good values, cares about his players, I think he'll do a fantastic job."

Cane's only real contact with Foster's All Black coaching rival Scott Robertson was when the Crusaders boss was selecting New Zealand under-20 loose forwards, when Cane was emerging.

WILL THE ALL BLACKS PLAY THIS YEAR AS THE WORLD DEALS WITH THE VIRUS CRISIS?

"I'm really hopeful and all the signs are pretty positive…most likely Australia, potentially Ireland could open up as well, South Africa could get across. That would be awesome."

He said rugby needed to put a "good product" out.

"Steve (Hansen) called me into his room (before the team announcement) and just gave me his reasoning, he was open and honest…wanted to target the English lineout offensively, to stop the ball at the source.

"I was hugely disappointed because you want to be involved in the big games.

"I knew I would be involved but not to same capacity. It was tough, but a good test for my character, to suck it up and get on with it and do my best when I got on the field."

ON HIS COMEBACK FROM A BROKEN NECK

Cane said he didn't really acknowledge his incredible recovery at the time but "it's pretty remarkable how life can take you on different journeys".