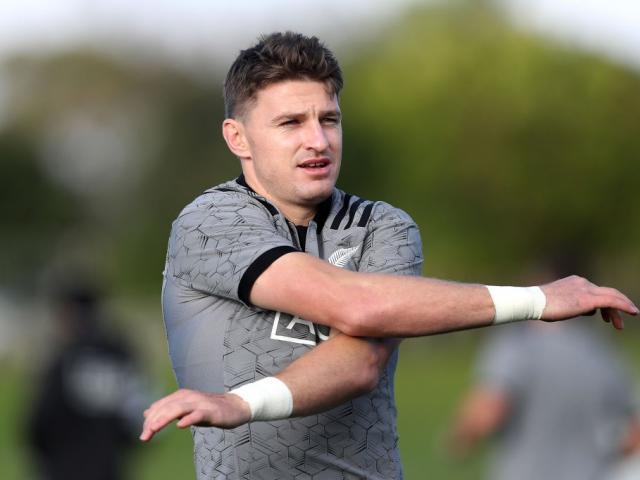 Beauden Barrett. Photo: Getty Images
New Zealand rugby risks losing one of its most prodigious talents by insisting that Beauden Barrett wears the No 15 on his back.

Barrett, in his first season with the Auckland franchise, has faced increasing criticism for his lacklustre performances over the past weeks — with his showing against the Crusaders in Christchurch on Saturday night his worst of the curtailed Super Rugby season.

At the same time Crusaders pivot Richie Mo'unga dazzled in the second half at Orangetheory Stadium, sparking his side's comeback to win 26-15 and remain unbeaten.

In a column for The Times, Barnes says Barrett's frustration is becoming more apparent by the day.

"Here is a man used to being — as Mo'unga was — at the fulcrum of events. Now he is a bit-parter reduced to kicking the ball downfield. His frustration is spilling over into aspects of the match where the toilers should do his donkey work," Barnes said.

"New Zealand rugby is in danger of turning one of the most original talents in the history of the sport into a liability.

Barrett's lack of consistency off the kicking tee forced the All Blacks into the positional switch, according to Barnes.

"Otere Black is the Blues fly half. A good No 10 but not remotely in the same class as Barrett. But as with Mo'unga and Barrett at test level, the untrustworthiness of the latter's goalkicking has eased him back to fullback, even at franchise level."

Barrett, who last year signed a four-year deal with New Zealand Rugby, announced two weeks ago that he will be joining Suntory Sungoliath in Japan next season on a contract reported to be worth $1.5 million per year.

The agreement will make the 29-year-old one of the highest paid players in the world and will see him miss next year's Super Rugby before returning to New Zealand for the 2021 international season.

The two-time World Rugby Player of the Year could be in danger of losing his All Blacks spot — should new head coach Ian Foster persist with him at fullback, Barnes said.

"He is on the verge of falling from the pinnacle of world rugby to the New Zealand bench.

"If Ian Foster and his New Zealand selectors do not think him the best fly half available, he is certainly not the leading fullback. Damian McKenzie is the clear pick at No 15."