Only real loose end is what Squire wants to do 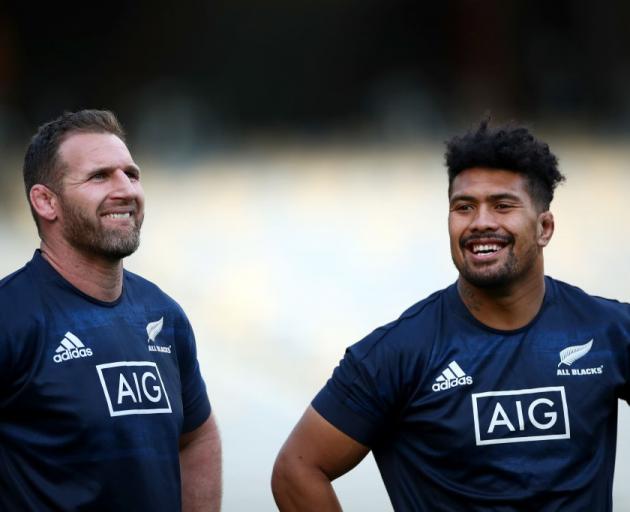 Kieran Read (left) and Ardie Savea will both be among the All Blacks loosies at the World Cup. Photo: Getty Images
It is amazing what a good 80 minutes can do. All of a sudden, things are beginning to clear. But it is not always in a good way for some. In a short series, rugby writer Steve Hepburn casts a few thoughts on who will make the All Black World Cup squad. Today it is the turn of the loose forwards.

It has never been a case of too few when it comes to picking loose forwards.

Everyone in New Zealand fancies themselves as loose forwards when they start playing the game.

Most find their position but plenty stay there and, as their games develop, start to thrive.

When it gets to the very best it can be hard to pick and choose.

For years, Richie McCaw, Jerome Kaino and Kieran Read were the preferred trio and could do little wrong. But McCaw and Kaino could not go on forever and retired.

Read is also heading off into the sunset after of this year's World Cup.

He is after a hat-trick of World Cups and is certain to be in the squad.

His form was very much questioned earlier this season but he has answered that with two noticeable hit-outs in the Bledisloe Cup matches.

He will never be the player he was a few years ago - all the injuries and niggles have slowed him down - but there is no-one else who comes near.

Akira Ioane is too inconsistent while Luke Whitelock is passed over.

Sam Cane has made a good return from his neck injury and will be there although he could do with playing more games.

Such has been his form this year, Ardie Savea has to be included and his power and strength will be a big asset.

Savea had been industrious over the past couple of years and must start the game.

After the selection of the leading trio, it starts getting a bit clouded.

Matt Todd is said to be a shoo-in but one does wonder why.

He can only play one position and is not as good as Savea or Cane in that position. So why should he be get picked? He has played in Japan so will know the conditions perhaps.

Todd will never let you down but his input would appear to be minimal at best.

With the selectors likely to only take five loose forwards and have a swinging player to fill locking needs and the loose forwards, then there is just the one berth left.

Who fills that all depends on what Liam Squire wants to do. Is he ready to come back and play test rugby?

Coach Steve Hansen obviously really rates him but will his body stand up to a World Cup?

He has played well for Tasman but that is light years away from the intensity found at a World Cup.

Squire is an asset when fit and with the desire. But those two combinations have been rare for him in the past few seasons when turning out for the All Blacks.

If Squire decides against it, his blindside position is likely be filled by youngster Luke Jacobson. He has risen through the ranks and done enough to convince the powers that be he has the game to make an impact at national level.