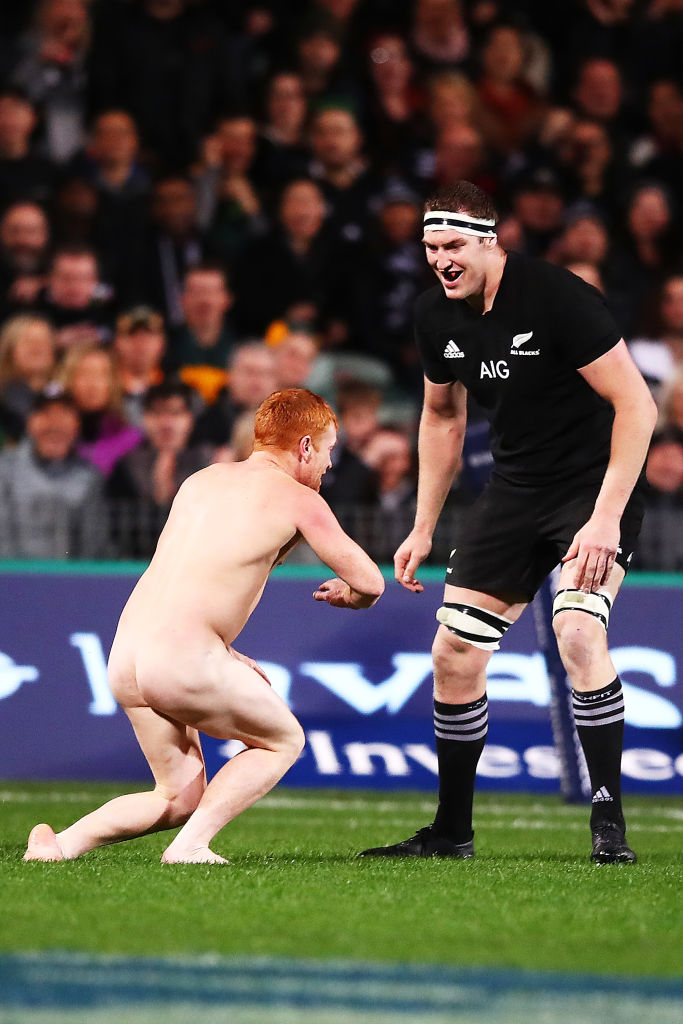 But, perhaps thankfully for both parties, the streaker slipped and Retallick had a change of heart.

"I wasn't too keen to tackle that naked man," Rettalick told TVNZ. "I was thinking about it, but then I thought nah, I'm not going to do that."

TVNZ Breakfast presenter Hilary Barry had the best seat in the house to watch the pitch invasion early in the second half.

The man burst on to the pitch before being tackled by a mob of security guards and escorted from the field.

The streaker who invaded the pitch at Eden Park during the All Blacks' test against the Lions was fined $400 and ordered to pay court costs of $400.