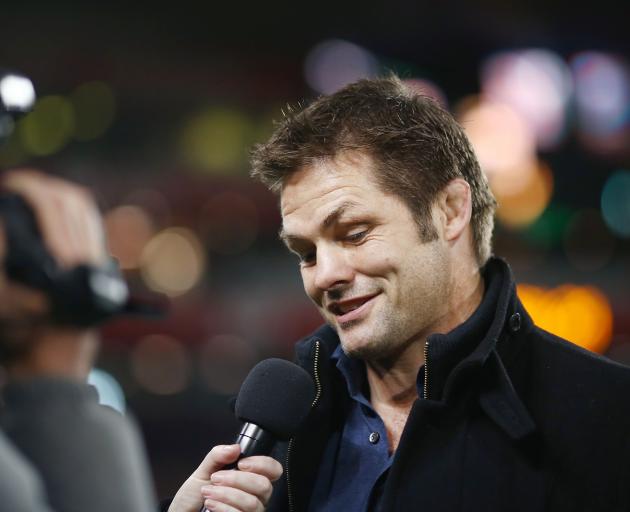 Six weeks out from the Rugby World Cup in Japan, the current world champions were embarrassed by a 47-26 thrashing from the Wallabies in Perth a week ago, a result which followed an earlier narrow win over Argentina and a draw against South Africa.

But at Eden Park tonight the side have a shot at redemption, when they again face Australia.

McCaw, speaking during an event at North Harbour Marist Rugby Club this afternoon, said he was looking forward to tonight.

"I'm excited by it ... you have tough times like [Perth], and it's probably disappointing from New Zealand's point of view."

But there was also a positive — it gave the team a chance to dig deep and show what they could do.

"The great thing is we've got an opportunity tonight to turn things around and that's when you really see how good you are, when you come off a loss like that and see what you can do."

The match, which kicks off at 7.30pm, is a must-win for the All Blacks. A loss would end with the Wallabies raising the Bledisloe Cup for the first time since 2003, and would also be the first time the side had toppled the men in black at Eden Park since 1986.

Nepo Laulala replaces Franks at tighthead prop, and inexperienced Crusaders outside back duo George Bridge and Sevu Reece play in place of Ioane and Smith respectively.

But both Hansen and assistant coach Ian Foster this week reinforced publicly the need to remain calm and not panic following last week's loss, despite a trio of less than stellar performances raising nationwide fears the team might not be able to pull off a third straight world cup win.

McCaw, who lifted the cup twice during his 14-year All Blacks career before retiring after the 2015 cup, said today he believed the team could conquer the tournament again — but the level of competition would make it an exciting contest for everyone.

"There's a number of teams that can beat each other on the day, which makes it pretty exciting no matter where you sit. There'll be a bit of luck around injuries and that sort of stuff, but the All Blacks as a team are good enough, so I'm backing the boys," he said.

Still, when that whistle blows, anything could happen.