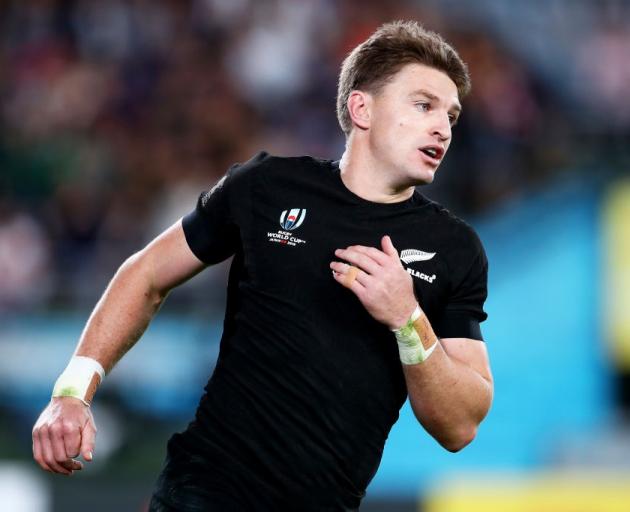 A potential All Blacks-Kangaroos cross-code match has been played down. Photo: Getty Images
New Zealand Rugby boss Mark Robinson has played down the prospect of the All Blacks playing the Kangaroos in a potentially lucrative cross-code clash later this year.

Robinson confirmed late last month that the two parties had taken part in negotiations over the idea, though he noted at the time that trying to get international rugby fixtures confirmed for the All Blacks was the organisation's first priority.

Now, Robinson has provided an update, revealing yesterday that there had been no further movement or discussions on the somewhat optimistic concept.

"We are not actively working on this," Robinson said.

"It is fair to say the ball is firmly in the court of the NRL at the moment in terms of future consideration of it. They might have got cold feet, we're not sure, but it's quiet at present and that's ok with us - we've obviously got lots of things to work on and are focused on a whole range of projects."

One of those projects is trying to confirm fixtures for the All Blacks, with a Bledisloe Cup series against Australia the most likely.

It is understood that the first Bledisloe Cup test is tentatively scheduled for October 10 in Wellington as part of a four-test series, but the other dates remained fluid, and none of the matches have confirmed by New Zealand Rugby, while Australia's recent flare-up of Covid-19 cases might make travelling to Australia for two proposed games across the Tasman trickier, or less alluring, to implement.

Robinson said no fixtures had been confirmed yet.

"It's still very dynamic – all the things we've been talking about in the last month or so still remain true in terms of understanding what the possibilities might be for travel. We're in regular contact with people out of Rugby Australia and around the Government and Ministry of Health – as are the Australians with their authorities there."

The possibility remains of the Rugby Championship managing to be played later in the year, with speculation that New Zealand could be a logical host for the majority of the matches, given the country's low Covid-19 rates.

However, Robinson is still waiting on further clarity before any decisions can be revealed.

"We're working with SANZAAR on the possibility of it, and they remain open. There's a huge amount of water to go under the bridge before anything like that can be confirmed, but our intention is to do absolutely the best we can to get that competition played this year at some stage."