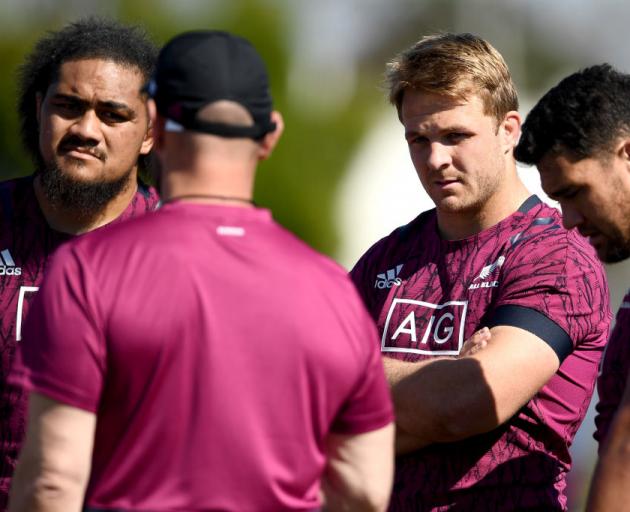 The All Blacks at training in Whakatane yesterday. Photo: Getty Imagesd
New Zealand Rugby has expressed its disappointment at the Rugby Championship schedule which has the All Blacks playing their last match in Australia on Saturday 12 December - a change from original planning.

The last scheduled clash against the Wallabies means players will be stuck in quarantine over Christmas, a situation NZR hoped to avoid. 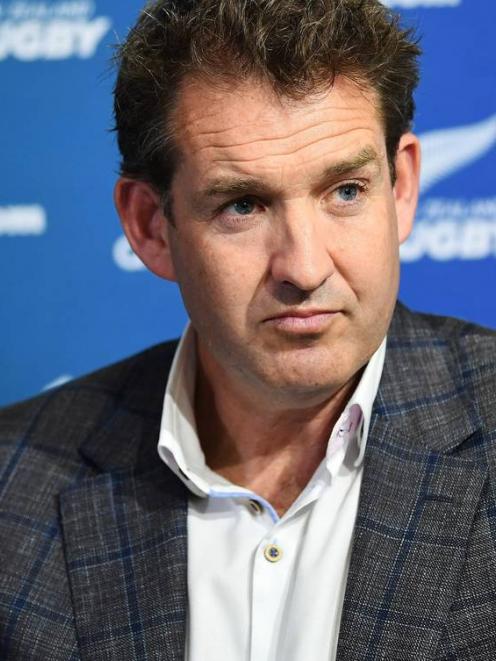 NZR chief executive Mark Robinson says the wellbeing of players is "incredibly important". Photo: NZ Herald
SANZAAR and hosts Rugby Australia announced the match schedule for the Championship, with the All Blacks scheduled to play Australia in Brisbane on Saturday November 7 and Argentina the following Saturday in Sydney on November 14.

NZR chief executive Mark Robinson said the released schedule went against their plans that the last All Blacks match would be on December 5.

"We were working on the understanding and all our planning and scheduling was on the basis that the All Blacks last match would be on December 5 to give our players and management time to get home, undertake the 14 days' quarantine back in New Zealand, and then be with their families for Christmas, as will be the case for the other three teams in the tournament," Robinson said.

"We understand the commercial considerations in the scheduling. However, the wellbeing of our people is an incredibly important factor in this also.

"We are committed to playing in the Rugby Championship and we know the scheduling of matches has been a complex and dynamic issue to work through, especially with quarantine protocols, but we haven't agreed to this schedule and are disappointed at the announcement.

"We will now work through the issues with Rugby Australia and SANZAAR and believe that there are other solutions within the Rugby Championship window."

The newly announced schedule comes after some players expressed that it will be difficult to leave their young families behind for several weeks.

All Blacks Richie Mo'unga and TJ Perenara have recently welcomed newborn babies, while Beauden Barrett and Sevu Reece are also expecting their first children in the coming weeks.

Oh my heart bleeds for them. They could always go and get a proper job and be paid the same as most in NZ, then they would really grumble. Meanwhile, get over it.

Yep - really tough getting big pay days and being employed - if they don't like it ... don't play but don't wear the AB jersey again if they are that entitled . What about all the other NZ ers returning that will be in quarantine over Xmas and probably New Year. Little bit precious they are.

Given the light schedule of the All Blacks this year and the fact they ve only had a token salary cut they should suck it up. Sure it's not ideal. Others have had to sacrifice much more.

Any All Black that opts out should take a heavy pay cut for Nov/Dec.