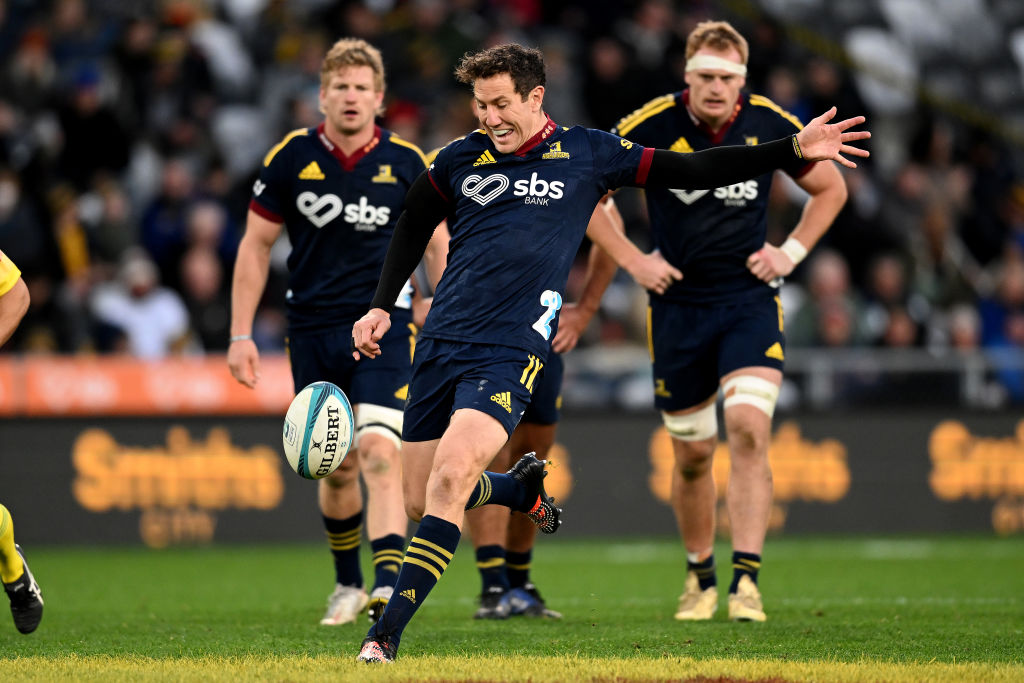 The Highlanders are in eighth and the final play-off position, but a loss could spell the end of their season.

Banks has been trusted with the important role at pivot, but there was not a lot of other options.

Sam Gilbert coped a five-week suspension this week for a tip tackle on Michael Hooper during the 32-20 loss to the Waratahs in Dunedin last week, and regular first-five Mitch Hunt in sidelined while he recovers from concussion.

That left Banks and utility Vilimoni Koroi as the only remaining options.

Thomas Umaga-Jensen returns from a back complaint and will link up and Josh Timu in the midfield. Umaga-Jensen was pulled from the starting line-up before the game against the Waratahs with a minor strain that has since resolved.

A powerful runner, his combination with the hardworking Timu shone against the against the Force in round 13.

Changes to the front row sees the return of Ethan de Groot from his one-week break and Andrew Makalio named at hooker, replacing Liam Coltman who suffered a calf injury last weekend.

Lock Bryn Evans also comes back to after a week off. The remainder of the pack has a familiar look.

Coach Tony Brown is looking forward to the weekend’s game.

“Last week was tough, but we’re in a better position already as we’ve got more guys fit and healthy,’’ he said.

"The team has trained well this week and we’re expecting a tough game against the Rebels on Sunday as they’ve got nothing to lose and we’re playing to stay alive.

“We’re pretty lucky to have a player like Banksy to call on. He’s got big game experience, a calm head and an educated boot and with Thomas and Timu combining outside him we’ll have a few options to keep them guessing.”