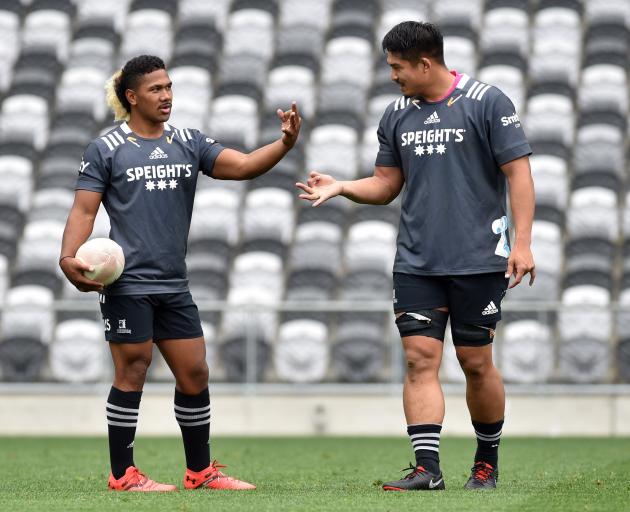 He is also just a little bit concerned about how much impact his opposite, Dane Coles, will make for the visitors in his return from a calf strain.

Both sides will be desperate for a positive result at Forsyth Barr Stadium tonight.

The Hurricanes have started Super Rugby Aotearoa with three straight losses, while the Highlanders have registered a win but are fresh from a heavy loss to the Blues in their last outing.

"They are a very dangerous team, the Canes," Dixon told media earlier this week.

"They are a wounded bull. Obviously Colesy is back in the mix, which adds huge mana to that pack and their whole team overall.

"He’ll give them a lot of direction and a lot of chat and a fair bit of niggle, I’d say.

"For us, we can’t worry about what they are going to bring. It is about what we want to get right.

"And we didn’t do a few things right against the Blues that we need to work on and really get right."

The Highlanders have made a couple of sluggish starts to games this season and that has been one of the issues the team has focused on in the led up to tonight’s fixture.

"We seem to fight our way back but it has been a bit too late.

"It is just about being confident in our ability and executing our roles when it is time to shine."

The Highlanders have made eight changes to their starting XV.

Dixon did not see the changes as a ticking off for a poor performance but more of a reflection of the reality of the tournament.

"To win this competition or to be competitive, it can’t just be the same 23.

"There is a whole squad we need to utilise. We are just at the back end of round one, so everyone needs to have a crack and put their best foot forward.

"There are guys that have been working really well and they get an opportunity this weekend."

Hurricanes captain Ardie Savea said the great thing about the competition was you did not have to wait long before rectfying a loss.

"For us we had a hard look at ourselves on Monday, park that up and go this Friday against the Highlanders," he said.

"It is positive vibes. We just have to go through our processes. It is about staying together, staying tight.

Savea said he would be leading from the front along with other leaders. He was looking forward to having former captain Coles back in the mix, and he would help lead as well.