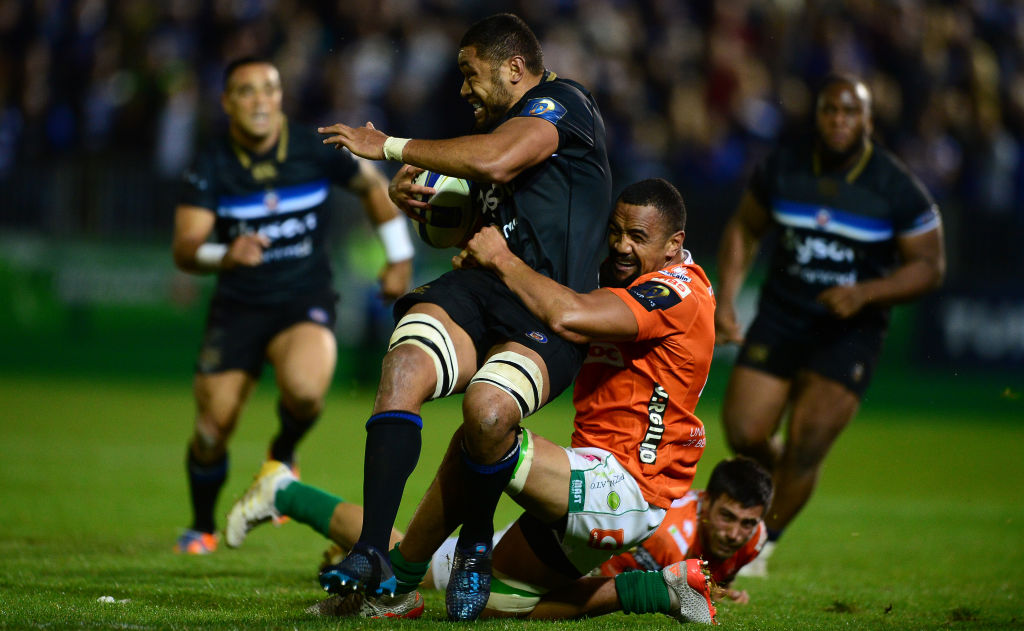 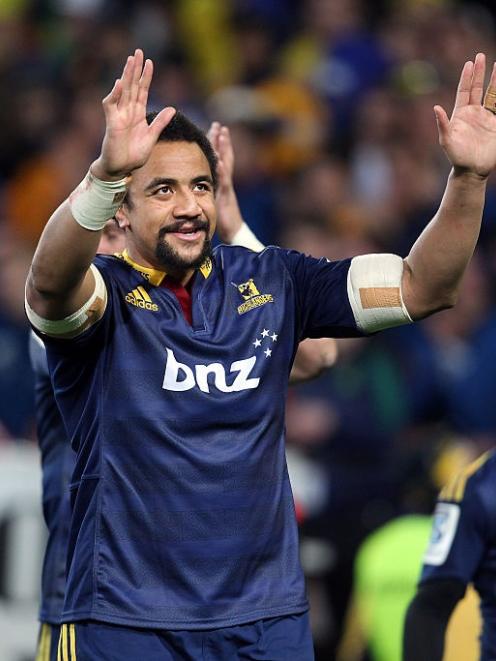 Nasi Manu in Highlanders strip. Photo: Getty Images
Manu, who won two Super Rugby titles during his time with the Crusaders and Highlanders, is currently receiving chemotherapy treatment for testicular cancer after having an operation in August where an abnormal growth was removed from his testicle.

His club Benetton posted a video on Twitter of a group of players - including fellow New Zealanders Dean Budd, Jayden Hayward, and Kieran Cowley - having their heads shaved in support of their teammate.

"In every rugby locker room before a match, we talk about friendship, family and support. This gesture is not to let these be just rhetoric, but to show you that we are with you Nasi Manu," the club wrote on Twitter.

Alberto De Marchi told Corierre that they had been planning to shave their heads since news of Manu's diagnosis broke in October and said they were happy to finally have had the chance to do so.

"The idea came to us spontaneously," De Marchi explained. "When we heard about Nasi's disease, we knew there would be times when the chemo was particularly hard to deal with, and so we decided we would all cut off our hair to let him know that we are rooting for him.

"We had planned to shave off our hair straight away. But then, unfortunately, the team was divided – some had international commitments, and others were in South Africa for the matches against Cheetahs and Kings. The distance made it difficult to co-ordinate everything, so we decided to postpone things until we got back, and that's what happened."

In every rugby changing room before a game words such as friendship, family and support are used. @benettonrugby we have decided to put these words into action and demonstrate our support for you 🙏🏼💪🏼🦁 @Nasi_Manu #Wewillsupportyoualltheway #benettonrugby #leoni pic.twitter.com/FxwvJ9yaoR— Sebastian Negri (@slnegri04) December 7, 2018

New Zealand-born Manu, who represented the national under 17s before playing three tests for Tonga earlier this year, said that watching the heartwarming video reduced him to tears, publicly thanking his teammates in a post.

"Thanks to all of you for the support. When I saw the video I cried, you're just incredible! Give me the strength to continue on this difficult road. I love you," he wrote.

In October, Manu told supporters his battle with cancer has put things into perspective, urging fans not to be too embarrassed to "check your balls".