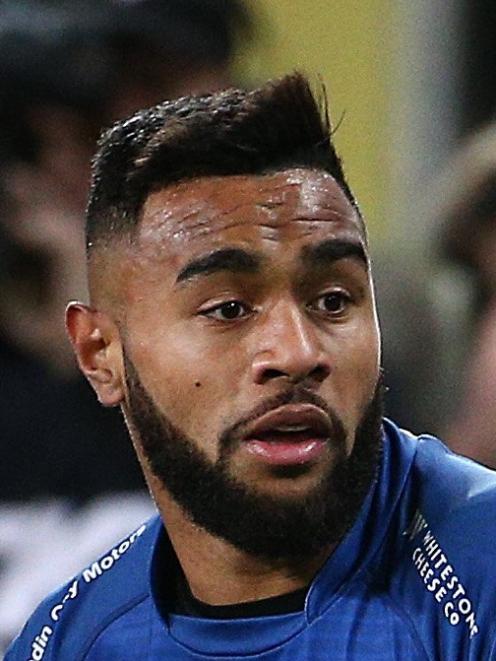 Jona Nareki
There is not likely to be much input from the South when the inter-island rugby teams are picked.

An inter-island match is set to be played on August 29, which is two weeks after Super Rugby Aotearoa finishes.

The match would hark back to the days when the game between the North Island and South Island was a form of national trial and would decide the selection of the All Blacks.

All Black coach Ian Foster outlined the rules of selection last week. Players will be eligible for either island according to which provincial team they made their first-class debut for.

Players are linked to Super Rugby franchises more than provinces these days and with poaching of players rife at high school level, Foster has decided provincial debuts is the best way to pick sides.

The South Island team is expected to be dominated by players with Canterbury links.

Such is the number of players signed to Canterbury over the past few years, the province does have a lot of talent on its books and passing through its system.

Canterbury and Tasman are also the only two teams in the South Island which play in the top division in the Mitre 10 Cup.

At fullback, Jordie Barrett may get the nod. Although he is signed with Taranaki, he made his first class debut for Canterbury in 2016. He has never played a game for Taranaki.

One of the best chances for Otago players to get on the paddock may be on the wing, where Jona Nareki is a chance. George Bridge may take one spot, but Sevu Reece debuted for Waikato, so he will be in contention for the North Island team.

Vilimoni Koroi may also come into the reckoning, especially with his utility value.

The rest of the backline is likely to be from Canterbury. Brayden Ennor and Jack Goodhue — although schooled in Auckland and originally from Northland — both made their first-class debuts for Canterbury.

Josh Ioane is unlikely to unseat Richie Mounga at first five-eighth but may get a run in the reserves, while Mitch Hunt made his debut for Auckland and is a chance for the North Island team.

Aaron Smith made his debut for Manawatu in 2008 so will play for the North Island, and Mitch Drummond is likely to be the halfback for the South Island.

The South Island forward pack is likely to be dominated by the Crusaders forward pack, and Sam Whitelock looms as the leading contender for captaincy and in the middle row.

Otago and Highlanders lock Josh Dickson could be a contender, with Scott Barrett out injured and Luke Romano moving into the veteran category.

In the front row, Liam Coltman could move into the mix, although Codie Taylor is likely to start. A lack of tighthead props in the South Island could lead to a promotion for Siate Tokolahi.

The venue of the game has not been announced. Forsyth Barr Stadium would be keen to host any event of this scale.

Whether the event is a trial will depend on the All Blacks getting tests scheduled. There is talk of the All Blacks playing the Wallabies on October 10 in Wellington, but plenty of hurdles have to be overcome before that eventuates.