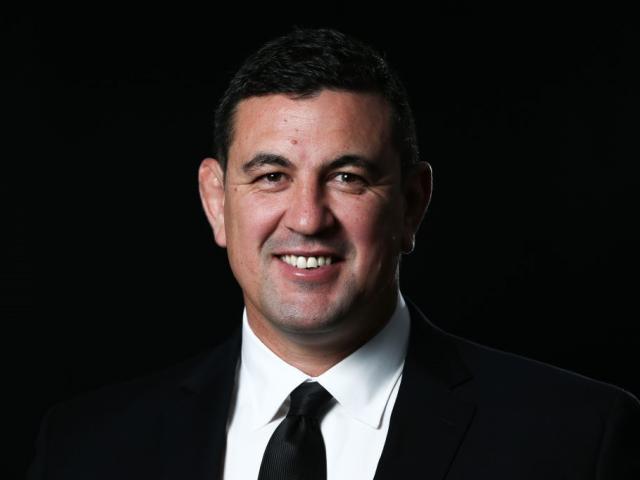 Clayton McMillan. Photo: Getty Images
Clayton McMillan is staying long-term at the Chiefs, signing on as an assistant coach for the 2022 and 2023 seasons.

McMillan assumes the interim Chiefs head coach role this season with Warren Gatland scheduled to lead the British and Irish Lions on their tour of South Africa in July.

That tour is in grave doubt, however, as Covid-19 cases soar in South Africa. Unless the situation drastically improves the Lions tour is expected to be postponed, cancelled or possibly moved from the Republic, which casts uncertainty over Gatland's movements and potential involvement with the Chiefs.

Setting aside that uncertainty, the Chiefs have moved to lock in McMillan long-term.

Next year the successful Bay of Plenty and New Zealand Māori mentor will step back from Chiefs head coach to assistant Gatland, and retain that position for the 2023 season.

The elephant in the room is, however, the Lions tour and what impact that could yet have on Gatland's Chiefs commitments potentially beyond this season.

"I am stoked to have signed on for another couple of years post 2021," McMillian said. "I am incredibly grateful to be here in the first place and that the club has shown faith in my ability and willingness to be a part of the organisation that really wants to move forward. It is really appealing and gives me the opportunity to dig my toes in now and be a part of that journey.

"The Chiefs are my region – I've grown up here supporting the Chiefs and had a number of my players play for the club so it's fantastic to now be a really integral part of the organisation.

"What really excites me are the opportunities ahead. We've got a young squad, some really talented players, and some outstanding leaders. There's an opportunity to create a bit of a legacy if we can keep this group together and build towards ultimately winning championships."

Despite the unusual situation of switching coaching roles, McMillan is enthused at the prospect of being mentored by Gatland.

"I have already formed a good relationship with Gatty," McMillan said. "He was really welcoming in 2020 and allowed me to come over and see the organisation from the top down. We have caught up numerous times since to allow us to continue to build on our relationship.

"One of the attractions of coming to the Chiefs in the first place was to have the opportunity to work alongside Gats. He is one of the world's most experienced coaches. I have always been a head coach so it will be nice in some respects to step back and be mentored by somebody of his experience. It is only going to help me in my coaching journey. It's a massive opportunity and one I am exceptionally grateful for."

Chiefs chief executive Michael Collins praised McMillan as a proven leader who will add to the team culture.

"Clayton and Gatty have formed a good working relationship and this combination is going to be fundamentally important for the growth and development of our club," Collins said.

"Clayton has already had a positive impact since he joined us and we are excited to see him lead the Chiefs this coming Super Rugby season."

Gatland is pleased McMillan will continue alongside Neil Barnes, Roger Randle, David Hill and Nick White beyond this year.

"I'm absolutely delighted Clayton has been appointed in a long-term role with the Chiefs. He is extremely well respected in the game and what he has achieved with Bay of Plenty and the Māori All Blacks gives him the credit he deserves coming into these roles as head coach for this season and continuing as assistant coach when I return."