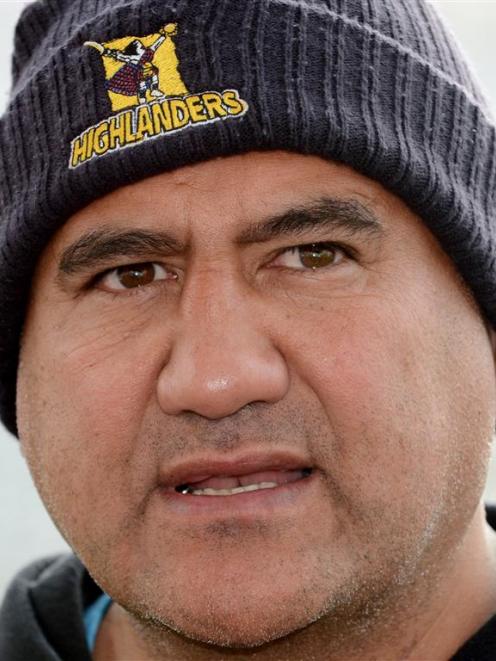 But the former All Black could coach one more season with the defending Super rugby champion before departing to a country where he has both played and coached.

Joseph was linked by Japanese media earlier this week with the role of coach of the Japanese national side, which was vacated by former Wallabies' coach Eddie Jones at the end of the Rugby World Cup.

When approached by the Otago Daily Times yesterday, Joseph declined to comment.

Highlanders chief executive Roger Clark would say only that the franchise did not comment on rumours.

"It has always been this organisation's policy not to respond to speculative comment on players, or coaches for that matter, coming and going from our club,'' he said.

No deal has been struck yet between parties but negotiations are continuing.

If Joseph does move to Japan, it is expected he will still coach the Highlanders next season.

He has one year left on his contract, his sixth season as coach of the side.

If Joseph is still coaching the Highlanders, Japan could appoint a caretaker coach for internationals in June against Scotland.

The Highlanders are also not playing for two weeks before the first test against Scotland, which would allow Joseph to head to Japan for that period.

It is believed Joseph was being considered for a move into the All Black coaching set-up next year.

Forwards coach Mike Cron had given signals earlier this year he was going to retire and Joseph was earmarked to move into the All Black coaching team, concentrating on forward play, which he does with the Highlanders.

But Cron decided to stay on and has signed with the national union until 2017, which in effect has blocked any move by Joseph to move into the All Black coaching ranks.

That knock-back, combined with a big financial offer and the motivation of coaching the host country of the next World Cup, might mean the ambitious Joseph finds the Japanese offer too good to turn down.

The 46-year-old arrived at the Highlanders for the 2011 season and immediately brought credibility to a franchise that was struggling both on and off the field.

After a couple of impressive seasons to start his tenure, he had a forgettable season in 2013 when his team of star names failed miserably.

But he bounced back the next year, with a new-look side making the playoffs for the first time in 12 years.

The side went all the way last season, winning the title in July over the Hurricanes.

After playing for the All Blacks in the 1995 World Cup, Joseph moved to Japan, representing that country at the 1999 World Cup.

He lived in Japan for eight years and still has connections with club side Sanix Blues.

If Joseph does move, assistant coach Tony Brown looms as the obvious candidate to take over as head coach at the Highlanders.