Goats raring to go after break 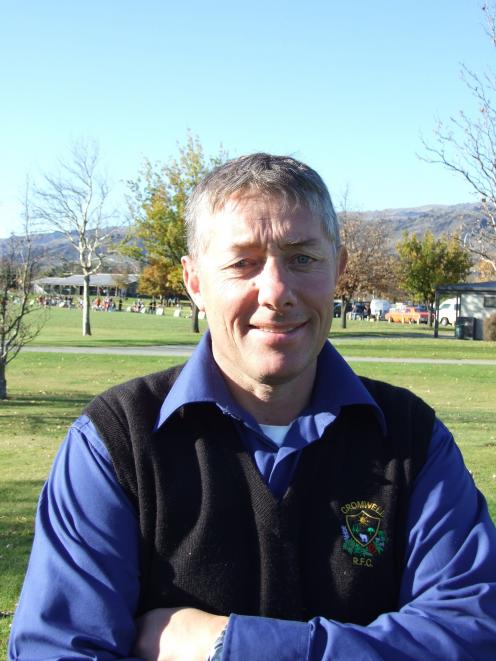 Russell Decke
The Cromwell Goats cannot wait to take the field against Arrowtown at Jack Reid Park tomorrow ... and actually play some rugby.

Breaks for Easter, duck-shooting and last weekend's bye means the Goats have had only one outing in almost five weeks, and that was a home town derby against the other Cromwell team, the Cavaliers.

"It feels like were starting the season all over again," said manager Russell Decke, who was honoured with life membership of the Cromwell club last week, along with Al Campbell and Jason Clark.

"The coaches [Matt Ludeman and Matt Breiley] have had the squad working hard on fitness and close-quarter stuff in training, but there's nothing like getting out there and playing a full-on match."

Despite the weirdness of the past month, Cromwell is handily placed, equal second with Upper Clutha, just a point behind competition leader Upper Clutha, with Arrowtown a point further back.

Cromwell's last three matches, in which the side has put 53 points on Maniototo, 52 on Alexandra and 69 on the Cavaliers, have yielded 28 tries (five of them to flying centre Ollie James and five to flanker Daniel Hurring), show it is a potent attacking team.

So is Arrowtown, which should make for a spectacular contest.

Unfortunately, Cromwell's first-five eighth Dane Edge is unavailable for this game. His probable replacement will be Tom Docherty.

Upper Clutha will retain its lead in the competition, having drawn the bye this week, which gives it an automatic five points.

The next most intriguing contest is between Maniototo, which is on an impressive roll, having beaten Arrowtown and the Cromwell Cavaliers in its last two outings, and Alexandra at Molyneux Park.

A five-pointer to Maniototo would have it yapping at the heels of the leading four teams.

In the other game, Cromwell Cavaliers, who are on a four-game losing streak, will host Wakatipu at Anderson Park in Cromwell.