Hewett looks on bright side on eve of Stags' last game 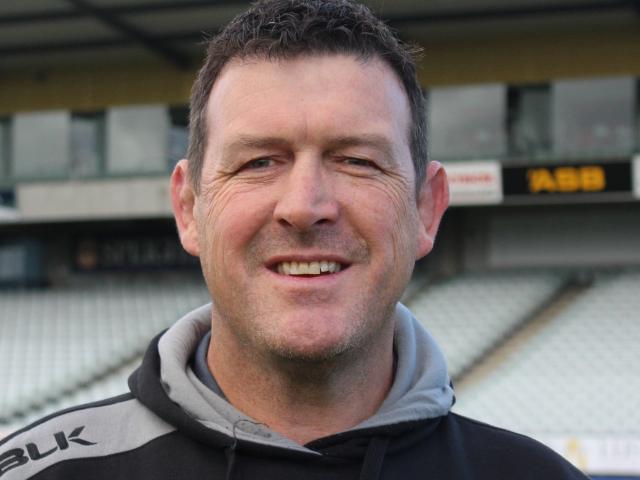 Dave Hewett
Southland will close the book on its 2019 season tonight but coach Dave Hewett thinks plenty of positives have come out of it.

The Southland side takes on Bay of Plenty at Rugby Park Stadium and has pride to play for as it is too far out of the running to make the playoffs.

Bay of Plenty knows a win tonight in Invercargill, coupled with a loss by Hawke's Bay against Tasman on Saturday in Napier, would hand it the championship lead and with it home-ground advantage in the playoffs.

Hewett said pride was a real motivator and his charges also wanted to play well in the final game of the season.

''We have got a short turnaround, after a hard game against Auckland, who are a big, strong side who have some very good rugby players,'' he said.

''But we are going to have to front up and play in the last home game of the season. Hopefully we can have a positive way to go into the off-season.

''We've made progress this year. We've had a win and gone close in a couple of other games - against Manawatu and Taranaki. We can get a positive out of this game against Bay of Plenty. Obviously they have got plenty to play for, but we need to play well.''

Hewett said not everyone would agree that progress had been made this year.

''We had one person on the side of our training field this week saying we were not very good, though not in that language, bit different to that. So other people have their opinions.

''But progress is being made and that will be borne out next year I'm sure. We went from having six teams in the top club competition to having 12. The benefits for that will be the next club season and then the season after that.

''A lot of people measure success by performance on the field, but it is not what it's all about. Would we like to have won more? Yes, of course we would have. But it takes time. What do they say - overnight success is 20 years in the making.''

The side has picked up plenty of bumps and bruises from the 64-7 defeat by Auckland, so recovery over the past couple of days has been important.

The team was tested by a big, physical Auckland side and Bay of Plenty will be more of the same. It has some slick backs and a rugged set of forwards.

It will be Hewett's final game in charge of Southland. After a couple of years in the South, he is returning home to be based in Christchurch and is unsure where his future coaching career lies.

''But it is not about me at all. It is about the boys going out and putting a good performance on. That is what I'm after. It's always so much better to finish the season well.''