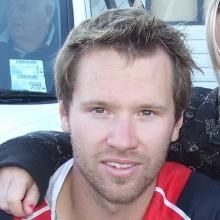 Kane Dodds
Arrowtown and Cromwell have already played the match of the season so far, a nine-try thriller at Jack Reid Park that the Cromwell Goats won 34-33 with a penalty goal in injury time.

Now, they clash again in the Central Otago club final, this time at Anderson Park in Cromwell tomorrow. Arrowtown frustrated the locals with a late penalty goal in the corresponding fixture 12 months ago, to win 27-24.

Arrowtown, whose participation in that 2019 final represented a minor miracle after it had lost six matches on the way through, thoroughly deserves to be back defending its title this year.

It’s only hiccups, in a competition shortened by Covid-19 to one round, were in that thriller against the Goats and later against Maniototo, when several key players were out injured.

Cromwell Goats have blitzed every opponent other than Arrowtown, amassing 58 tries at an astonishing average of seven tries a game. They also possess the competition’s most prolific goalkicker in Kane Dodds, whose aggregate of 85 points includes five tries.

At halfback, Cromwell’s captain, Ben Maxwell, takes on Arrowtown’s Jackson Wallace.They are two gifted footballers both worthy of higher honours. Snappy passers, they are both elusive runners and, intriguingly, are both back-up goalkickers.

Cromwell’s Daniel Hurring will go against Adam Hill on the blindside flank. If you’re looking for the Central Otago club player of the year, it could come down to a toss-up between these two. Hurring, who is the Goats’ leading tryscorer with eight, possesses the X-factor that turns games when things are getting tight. The same can be said for Hill, a former Hurricanes squad member, who wrapped up the semifinal with a storming try against Upper Clutha.

Cromwell lock Travis Mitchell will take on Arrowtown’s Malcolm Sutherland, two lineout specialists who are also extremely mobile. Sutherland is an inspirational captain who leads by example. Covid-19 led to Mitchell returning to Cromwell from Germany, where he was playing semi-professional rugby.

In the front row, Cromwell’s Alex Chubb and Lelei Aholeeli face Arrowtown props Matt Flower and Tomo McKenzie. This is the zone where Arrowtown could achieve a critical advantage.

Flower and McKenzie, along with hooker Ben Carr, have dominated most scrums throughout the season and embarrassed the Goats in their first contest.

It all has the makings of an epic final that should go to the wire once again.

Because of its superior scrum, Arrowtown might just have the edge. But it is hard to bet against a team that averages seven tries a game.