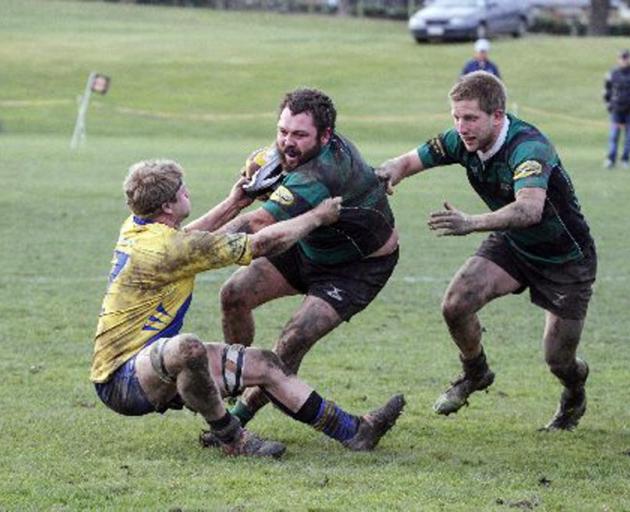 Valley is again guided by respected coaches Shane Carter and Mike Mavor as it attempts to keep the Citizens Shield at the club's Weston rooms.

The defending champion will be without rugged forward Cedric Laurent, who has returned to France, first five-eighth Dan Lewis, who has gone back to England and other players have retired.

The big arrival is dynamic loose forward Junior Fakatoufifita from Athletic Marist, while Blake Welsh is a promising lock straight out of Waitaki Boys' High School, Jim Alexander is a utility forward from Oxford University and lock Doug Brand has been in the Deaf All Blacks.

Josh Clark will join Maheno later in the season.

Kurow, which was narrowly beaten by Valley in the final last year, has lost six members of its squad, including star players Petelo Pouhila and Harvard Fale.

The presence of playmakers Ben Nowell and Tyler Burgess should ensure Kurow is in the semifinal hunt.

Old Boys, winner of six of the past eight Citizens Shields, will be eager to rebound after dipping out at the semifinal stage last season, and will again be led by respected co-coaches Ralph Darling and Lemi Masoe.

However, the side has suffered some major losses. Star flanker Filipo Veamatahau has gone to Christchurch, and his cousin, charging lock Anthony Amato, will also be absent.

Loose forward Manu Taiti is back after missing last season with injury and will join halfback Inoke Naufahu as co-captain. Newcomers with some pedigree include Tongan under-20 players Toni Taufa and Tini Tuipolutu.

Athletic Marist is preparing for a difficult season.

The club has been decimated by the departures of stars Fakatoufifita, lock Jared Whitburn (Australia) and midfield back Taina Tamou (Excelsior).

Excelsior finished with the wooden spoon last year but has worked hard to get ready for this season as Hamish McKenzie joins his former Waitaki Boys' First XV mate, Dan Keno, as a coach.

Tamou will add instant impact in the midfield, while much is expected of talented Waimate recruit Mosese Aho.

Keno is also hoping Hamish Slater and Antonio Misiloi will have breakout seasons while an interesting newcomer is Thomas Moysey, a first five-eighth who has been playing rugby in Australia.