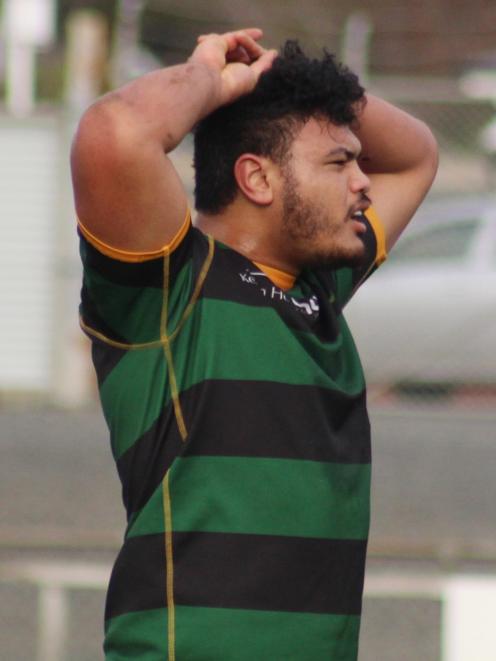 Marist sits on 40 competition points, Barbarians has 28 points, and Blues and Star are on 26.

Woodlands is in contention on 24 and can pass any one of the leading sides except Marist.

Woodlands and Barbarians will clash at the Gore Showgrounds tomorrow, while Blues has a home game against Marist.

Pirates Old Boys has its last home game of the season against Star.

"It's not often at 35-7 down at halftime you tell the team that they're actually playing well. We were all over them, hammered their line for 25 minutes but every time we made a mistake they would scoop on it and score at the other end," he said.

Star assistant coach Chris McIlwrick said his team's 20-13 loss to the Barbarians was a game of missed opportunities.

"We blew three or four tries and then, when both teams were reduced to 14 men, the Babaas reacted better while we missed our powerful loose forward Jordan Stewart," he said

The six clubs in the premier B grade are all in contention to win the Ack Soper Shield with two rounds to play before finals.

Wyndham and Edendale are assured of a top-four spot Wyndham is on 43 points, Edendale 30, Midlands 24, Te Anau 20, Riversdale 17 and Waikaka 14.

Midlands can extinguish Waikaka's finals chances in Winton. Waikaka was beaten 54-8 last week after its centre was red-carded five minutes into the match.

Manager Peter McRae said the card led to the result.

Edendale is favoured to win at home against Te Anau, while Riversdale will be attempting to cause upset in Wyndham.

In division one there are three weeks remaining before finals. Wakatipu can increase its slim finals chances at home against Waiau Star. Waikiwi is favourite against Star B, while the Albion and Blues B match in Gore and the Mossburn and Pioneer match are too close to call.

The 13 teams in the division two competition also have three weeks remaining in the round-robin phase.