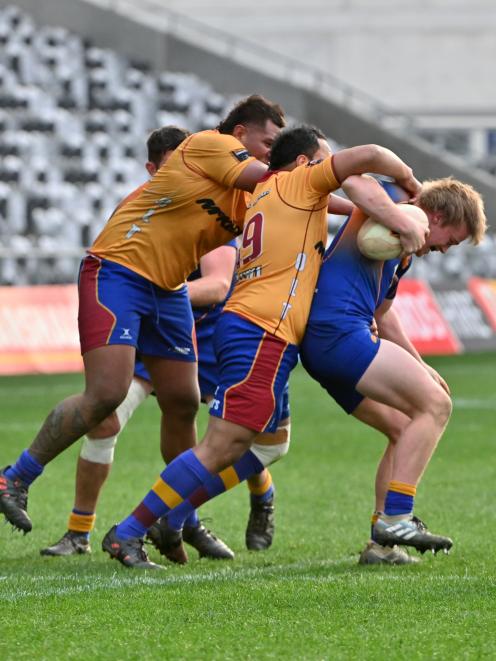 Defending champion Valley Gold was knocked out in the semifinals at the Hine Marae courts on Saturday.

The Valley Gold-Waitaki Wildfire was an epic encounter. Both sides showed great flair but Waitaki showed more composure when under pressure.

Waitaki's Molly Hurst had a composed game at wing attack and was named the MVP, while shooter Brylee Milmine stepped up when required.

Leanne Mavor stood out for Valley Gold, pushing right to the end.

Wildfire fought back to lead 14-13 at halftime and it extended this to three goals at three-quarter time before it held the final margin of five goals at fulltime.

Maheno Green dominated the bulk of the first half. Kat Kawau and Shannon Vince found space to feed the Maheno shooters. Shooter Nga Yaxley was unstoppable and her circle companion Suzy Oakes was sharp as well.

Maheno's defensive end was a headache for Lightning Strike, especially Melissa Smith, who was outstanding against the talented Taneisha Fifita.

Waitaki's hopes lifted after a four-goal run at the end of the third quarter. But Maheno pulled away to win by six goals.

In the other game, Valley Silver finished on a high, beating Kurow 34-20. Kurow had several players unavailable, though.

Kurow's Oriagh Hanning put some beautiful passes into goal shoot Anna Haugh, who returned from injury. Kurow put up a strong first half but was outplayed in the final quarter, as Valley Silver took the game with a 14 goal margin.

North Otago was given a fright by Otago Country at Forsyth Barr stadium, in Dunedin, on Saturday.

Otago Country's aggression tested North Otago's defensive organisation, but that was a positive as far as coach North Otago Jason Forrest was concerned.

"We took more out of that game on Saturday than we did after last year's big win," he said.

"Our defence in the second spell was outstanding. Otago Country is a very good side.

"We did take them a little lightly but it didn't take us long to stiffen up. Our defence was outstanding, even though we let in a couple of soft tries just before halftime.

"But our attack was below par. We created opportunities but too often the ball was dropped at vital times.

"We've got to up our attack.We've got strike power out wide but we've got to keep it simple and not complicate it.

"We've got a workhorse pack, we've just got to come up to the mark in the backs."

Halfback Robbie Smith drilled the conversion to give his side a 7-0 lead with about 20 minutes gone.

Loosehead prop Kelepi Funaki was driven over for a try from a lineout drive to stretch the margin. And from the kick off, Packman broke the Otago Country defence, chipped ahead and regathered the ball.

Smith stayed in support and turned the 60m break into a try.

Otago Country replied with tries to hooker Brady Robertson and fullback Warrick Chinney, to cut the gap to seven.

Neither side could score in the second spell. 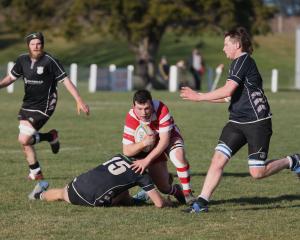 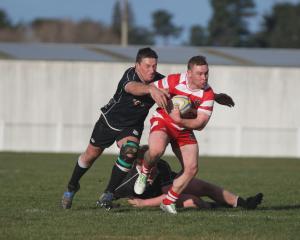