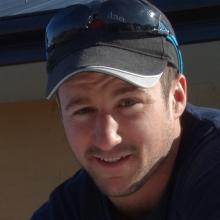 Robbie Smith
A pumped-up forward pack laid the platform for Valley’s 27-22 win over Old Boys at Whitestone Contracting Stadium on Saturday in the final qualifying round of the Citizens Shield competition.

At Maheno, the home side beat Kurow 34-26 while Excelsior and Athletic Marist had a good game to wrap up their seasons, Excelsior just winning 41-38.

Maheno will play Old Boys in one semifinal on Saturday while Valley will take on Kurow.

Valley’s tactics were simple against Old Boys — kick for territory and then use its big forwards to dominate.

Three of its five tries went to forwards.

Jake Greenslade and Cameron Rowland relished the scrum domination in guiding Valley to a 15-5 halftime lead after Old Boys centre Seti Talele had touched down in the 19th minute.

Rowland picked up the simplest of tries 5m from the Old Boys goal line to take Valley out to a 20-5 lead.

Old Boys came back with Talele getting his second, followed quickly by a converted try from Unga Kefu to narrow Valley’s lead to just three points.

But nine minutes from fulltime when Old Boys was hot on attack, a wayward pass was intercepted on his own 22 by Valley centre Ben Paton who outpaced the defence to race 70m to score and put Valley out to a 27-17 lead.

Maheno led 17-13 at halftime against Kurow but not before it had let in tries to Kurow flanker John Reid and midfield back Ben Nowell, giving Kurow a 10-0 lead after the first quarter.

A Tyler Burgess penalty extended Kurow’s lead to 13-7 before a late Maheno flourish had No8 Jackson Attfield over and another Smith penalty.

Maheno finished the stronger of the two sides.

It remains unbeaten in the competition.

Excelsior bolted out to a 21-7 lead at halftime.

The second half belonged to Athletic as it scored 31 points while restricting Excelsior to 20 points.