Deal playing in other World Cup in Japan 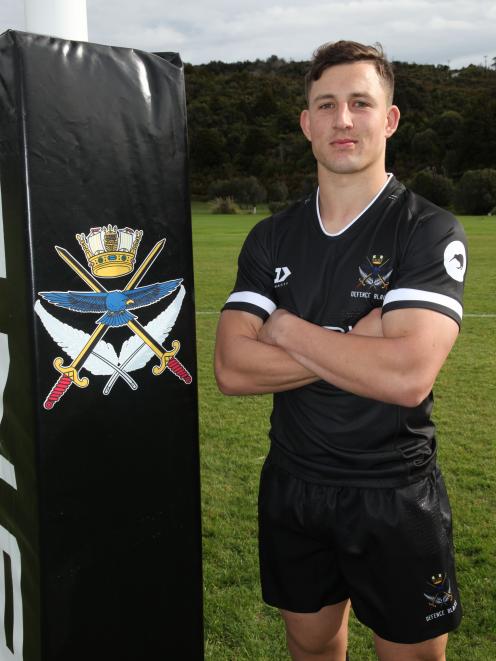 New Zealand Army engineer Lance Corporal Jared Deal is in Japan with the New Zealand Defence Force team to play in the International Defence Rugby Competition. PHOTO: SUPPLIED
It is not just the All Blacks who are playing in a World Cup this month.

New Zealand Army engineer Lance Corporal Jared Deal is in Japan with the New Zealand Defence Force team to play in the International Defence Rugby Competition, the military equivalent of the World Cup.

The NZDF team, known as the Defence Blacks, which is made up of servicemen from the Royal New Zealand Navy, New Zealand Army and Royal New Zealand Air Force, plus one civilian, will play in the competition against military teams from Australia, the United Kingdom, Fiji, Tonga, Papua New Guinea, Canada, Georgia, Japan and France.

Sapper Deal (24), of Invercargill, joined the army in 2014 after finishing at Southland Boys' High School and taking a gap year.

"I've always been into sports, and I did a defence careers experience while I was at school," he said.

"It really sold me, the idea of travelling the world and keeping fit. The army is an awesome lifestyle - it gives you that balance between work and sport. You never get sick of anything."

He joined as a field engineer, and after two years changed trade to become a builder.

"You get exactly the same qualifications as the civilian world."

He has played regularly for the army rugby team, describing himself as a utility who can play anywhere from No10 out.

In 2015, he was picked in the NZDF for the previous International Defence Rugby Competition in England and Europe and is excited to be playing again in Japan.

"It's always a privilege to play for New Zealand."

The Defence Blacks are scheduled to take on the Australia Defence Force in the first round of the competition tomorrow.

This will be the third competition - the British Army won in 2011 and the Fijian Army in 2015.